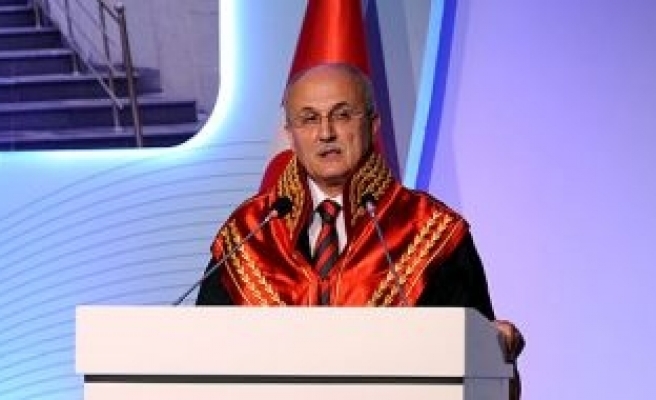 One of Turkey’s top judges has criticized a set of judicial changes under discussion at the country's parliament that allows appointment and dismissal of judges and prosecutors without knowledge of the apex court.

The Supreme Court of Appeals President Ali Alkan said Monday in a written statement that the move would damage independence of the judiciary.

"The changes in the judicial package are not based on the Supreme Court's demands and will damage the independence of the judiciary," Alkan said.

He said the court was not consulted before, during or after drafting of the new judicial package.

He said the regulations within the judicial changes contradict principles of sustainability and consistency in judgment.

He said the bill aimed to reduce the Supreme Court of Appeals into a first-instance court which he said would put it under the direct supervision of the Supreme Board of Judges and Prosecutors that appoints judges and prosecutors and act as a disciplinary board of the country's legal system.

He termed the new regulations as "interventions," which he said went against the country’s constitution.

A government-backed bill introduced on Oct. 21 aims to give more powers to law-enforcement agencies such as police and prosecutors.

Turkish police would also get enhanced powers to detain suspects for questioning without charge.

The proposed changes were announced days after violent riots left 38 people dead and caused widespread damage in Turkey in October. The government claimed the protests were organized by sympathizers of the outlawed Kurdistan Workers' Party, or the PKK, which is listed by Turkey as well as by the U.S. and EU as a terrorist group.