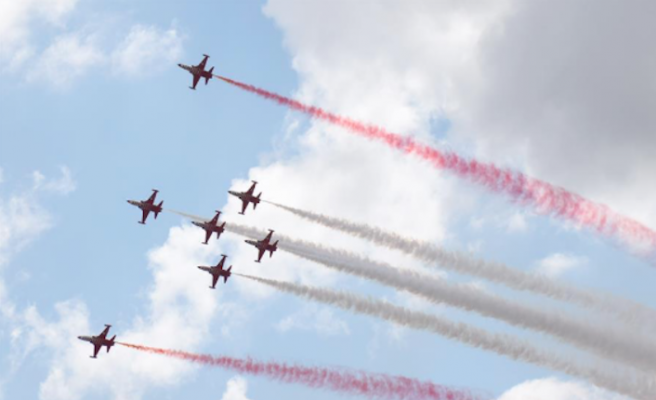 Turkish Air Forces aerobatic team and a national flag carrier plane performed a fascinating airshow on Friday at an aerospace and technology festival in Istanbul.

Anadolu Agency is the global communication partner of the four day festival, set at the massive new airport, due to officially open next month.

On the second day of the festival, Turkish Stars flew over iconic Istanbul destinations, including Historic Peninsula and the Bosphorus with seven NF-5 2000 jets.

The Turkish Stars, the aerobatic demonstration team of the Turkish Air Force and the national aerobatics team of Turkey, carry out demonstrations and training with NF-5A and NF-5B aircraft.

The citizens showed great interest to the demonstration.

The Teknofest -- kicked off on Thursday -- features air shows, aviation demonstrations, technology competitions, seminars on cutting-edge technology, and an international entrepreneurship summit, along with other activities.