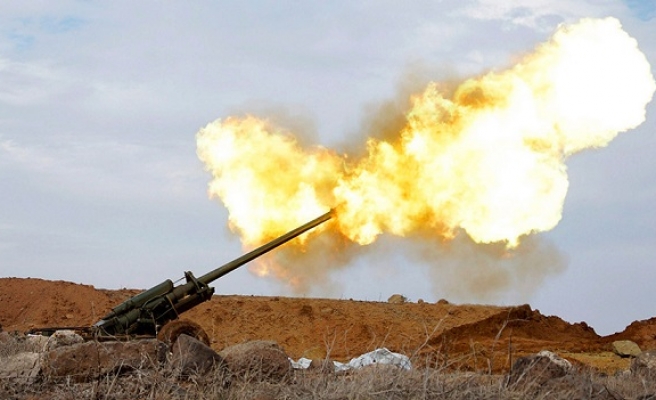 Turkish artillery fired 50 to 60 shells from howitzers positioned in its southern Kilis region against ISIL targets in the north of Syria's Aleppo province.

The firing comes as a partial ceasefire excluding the extremists is in hold in the war-torn country.