Turkish government officials have criticized the central bank for maintaining high interest rates, arguing that they were limiting economic growth 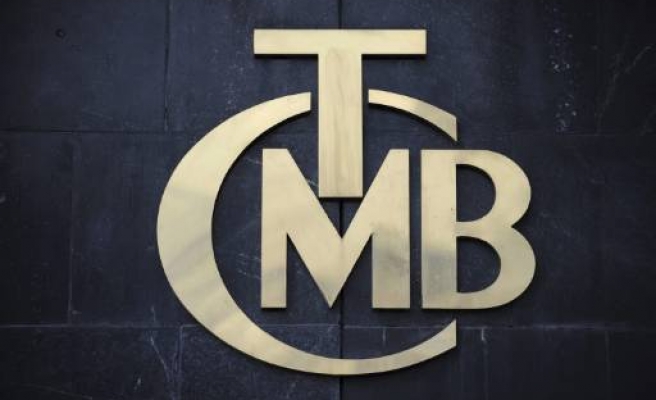 The Turkish Central Bank has left its benchmark interest rate at 8.25 percent for a fourth consecutive month, according to the bank’s statement Thursday.

The Monetary Policy Committee left the benchmark interest rate unchanged, adding that the tight monetary policy stance would be maintained until there was a significant reduction in the inflation outlook.

The bank said elevated food prices were delaying an improvement in the inflation outlook.

"Meanwhile, current levels of commodity prices, in particular declining oil prices, are expected to contribute to disinflation foreseen for the next year," the bank said.

"Inflation expectations, pricing behavior and other factors that affect inflation will be closely monitored and the tight monetary policy stance will be maintained (...) until there is a significant improvement in the inflation outlook," the bank added.

Enver Erkan, research analysist at ALB securities, said that the market had expected the central bank’s decision to hold the interest rate unchanged.

Erkan also said that the U.S. Fed had not yet signaled when it would hike the interest rate in the world’s largest economy.

"The Turkish Central Bank will watch the Fed’s decision (...) before acting to reduce its interest rate," he said.

Inflation in the country has accelerated this year at around 9 percent, above the Turkish Central Bank target of 5 percent.

Separately, Turkey’s growth rate was 4.3 percent in the first quarter of 2014, but it slowed in the second quarter to 2.1 percent.

Turkey's current account deficit from January to July decreased by $16.5 billion to $26.7 billion compared to the same period last year, according to the central bank.