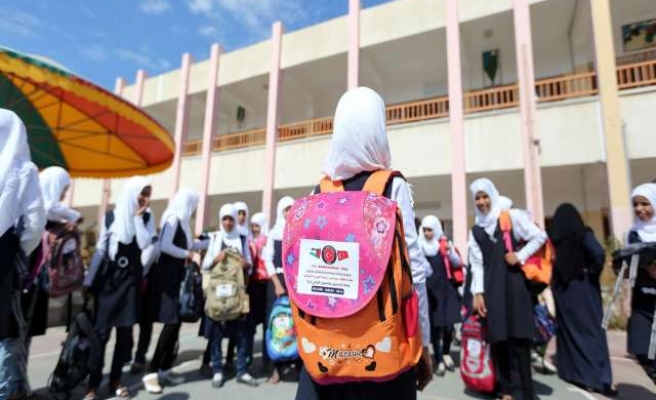 Turkish Consul-General in Jerusalem Mustafa Sarnic on Sunday inaugurated a number of humanitarian projects financed by the government of his country across the Gaza Strip.

Sarnic arrived in the Gaza Strip in the morning on Sunday in the company of Serdar Cam, the president of the Turkish Cooperation and Coordination Agency (TIKA), to inaugurate the projects.

He told Anadolu Agency that among the projects he inaugurated in the coastal Palestinian enclave were water wells that aim to help the residents of Gaza get their basic water needs.

Sarnic said that Turkey would continue to study the conditions in Gaza, offer humanitarian support and contribute to its reconstruction.

He added that he came to the embattled Palestinian territory on Sunday with the aim of assessing its conditions and help reconstruct the homes destroyed during the latest Israeli offensive.

The Turkish delegation is expected to spend two days in the Gaza Strip to tour Turkish projects and also assess future projects, according to Cam.

He said the Turkish delegation was in the Gaza Strip upon instructions from Turkish President Recep Tayyip Erdogan in order to inaugurate the water wells that provide a large number of Gaza residents with their water needs.

Cam said water wells inaugurated on Sunday would provide water for more than 800,000 of the residents of Gaza.

He noted that TIKA would continue to offer support to the Gaza Strip by all means.

He said he and his colleagues would work hard to offer help to Gazans affected by the latest Israeli war and also contribute to the reconstruction of the Gaza Strip.

The TIKA president added that his organization had already raised 75 million Turkish liras through the Turkish Endowments Ministry for people in Gaza affected by the Israeli offensive.

Around 2,157 Palestinians were also killed  by Israeli attacks during the offensive, while more than 11,000 others injured.