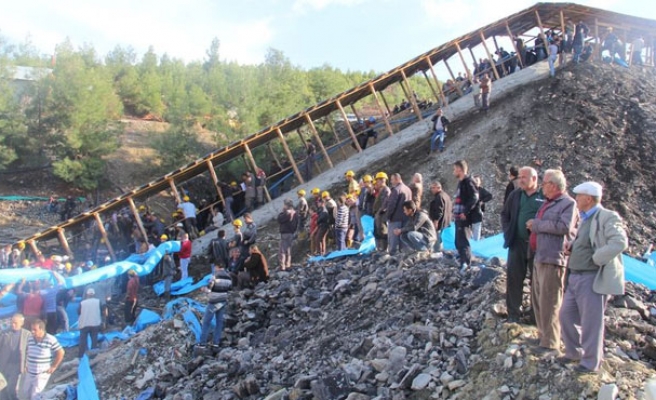 Five out of eight people, who were in pre-trial detention, have been arrested late on Monday as part of an investigation into the flooding of Ermenek coal mine in Turkey's central Karaman province.

Ermenek District Courthouse ordered the arrest of five people who were referred to court over an accident which trapped 18 miners for "involuntarily causing death by negligence."

However, the other three suspects -- two engineers and a labor safety expert -- were released on condition of judicial review.

There were 34 workers inside the mine -- located some 400 kilometers south of the capital, Ankara -- when a water pipe exploded and caused the flood on October 28.

On Thursday, search and rescue teams found the bodies of two of the 18 workers trapped in the flooded mine.

Rescue efforts to retrieve the remaining workers' bodies are ongoing, but were "becoming progressively harder" in the deeper areas of the mine, Turkish Energy Minister Taner Yildiz said on Friday.

Prime Minister Ahmet Davutoglu is set to announce on Wednesday essential amendments to be made to laws on labor safety and mining, according to Deputy Premier Bulent Arinc.