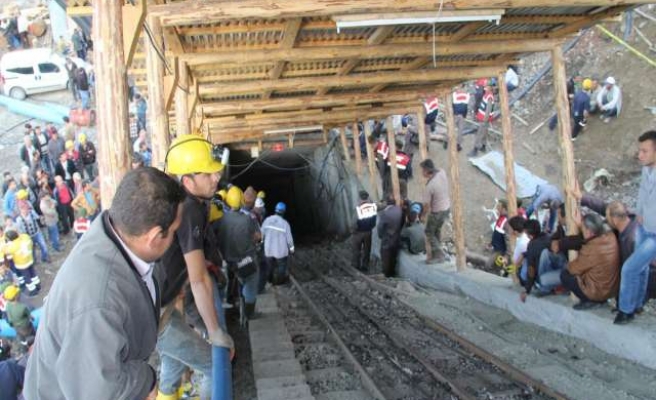 A Turkish court has rejected the prosecution’s charges regarding  the Soma mine disaster, Bar Association Chairman Zeynel Balkiz announced on Tuesday.

In a press conference, Balkiz said the high penalty court in the western province of Manisa had rejected the indictment on four grounds, including lack of testimony.

“The indictment only contains testimony by 216 plaintiffs even though 301 miners died. It should include all the victims’ testimony, including wives and children of the dead miners,” Balkiz said.

The other grounds include lack of evidence and violation of the principle of individual criminal responsibility. Balkiz said the prosecution office had split suspects into groups according to their title or position at the mine instead of according to their supposed actions or lack thereof.

The office, Balkiz added, also submitted charges without including necessary technical details regarding gas meters into the indictment.

The chairman added he was happy for the court’s rejection. He said the prosecution office should have conducted a more thorough investigation and that the rejection gave it a new opportunity to determine who exactly was responsible for the incident.

On May 13, an explosion in a mine in the western town of Soma claimed 301 lives, making it the deadliest mining disaster in Turkey’s history.

The prosecution office had demanded that charges be brought against 45 suspects, eight of which are at jail. The prosecution sought more than 20 years of prison for the arrestees on 301 counts - one for each deceased miner.

The owner of the mine, Alp Gurkan, along with his son and CEO of the company, Can Gurkan, as well as the general manager, Ramazan Dogru, were arrested on May 20.

The court sent the indictment back to the prosecution office. The office can appeal the decision or submit new charges to the court after rewriting it.

Balkiz estimated the new indictment would be ready next month.