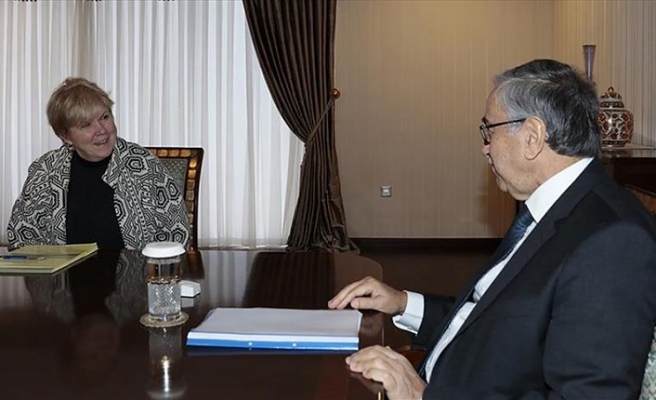 The meeting between Akinci and Jane Holl Lute at the presidential place in Lefkosa, -- which was closed to press -- lasted for around two hours.

Speaking after the meeting, Turkish Cypriot presidential spokesman Baris Burcu said both sides held a “detailed and fruitful meeting” and will meet again on Tuesday.

Lute, who arrived on the island for consultations with both sides as part of the resumption of Cyprus talks, held a meeting with Greek Cypriot leader Nicos Anastasiades on Sunday.

Cyprus has seen an on-and-off peace process in recent years, including the latest initiative in Switzerland under the auspices of guarantor countries Turkey, Greece, and Britain collapsing last year.

The UN has sought a peace deal to unite Cyprus under a federal umbrella that could also define the future of Europe's relations with Turkey, a key player in the conflict.