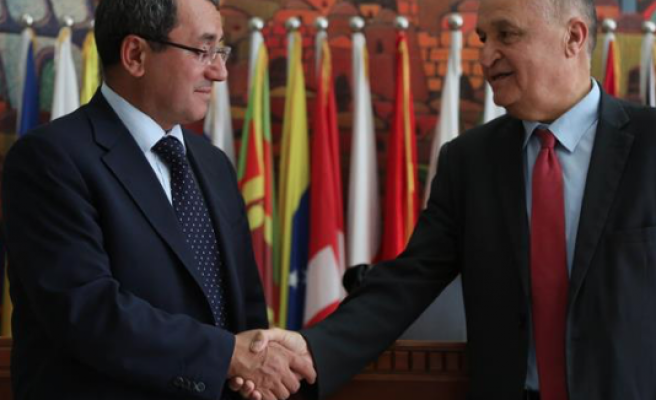 Turkish Deputy Foreign Minister Ahmet Yildiz arrived in the Gaza Strip on Tuesday to assess the humanitarian situation in the Palestinian enclave.

Leading a 16-strong delegation, Yildiz is expected to meet Bo Schack, Director of the United Nations Relief and Works Agency for Palestine Refugees in the Near East (UNRWA) Operations in Gaza, and visit an UNRWA-run school in Shujaiyya in eastern Gaza.

He will also tour a housing project being funded by the Turkish development agency TIKA in southern Gaza and the Turkish-Palestinian Friendship Hospital.

The Turkish official will also visit a number of Palestinian refugee camps in the West Bank on Thursday.

Home to nearly two million Palestinians, the Gaza Strip has been reeling under a crippling Israeli blockade since 2007.