It's our debt of honor to protect and promote the rights of all of our citizens, Turkish Deputy Premier Akdogan says. 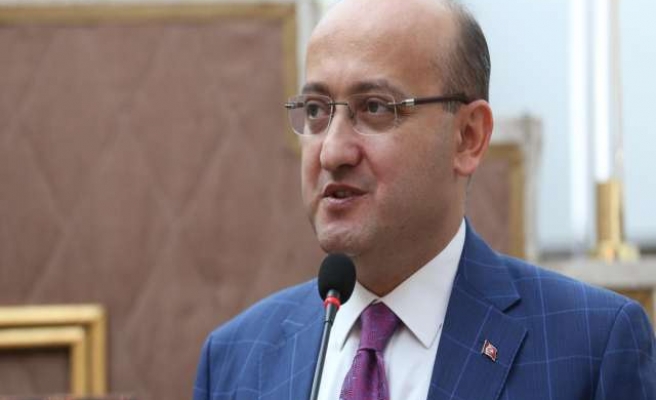 The solution process must continue without violence or threats to security, Turkish Deputy Prime Minister Yalcin Akdogan said on Saturday.

"We cannot allow the Kurds to suffer oppression or tyranny, as it is our debt of honor to protect and promote the rights of all our citizens, Akdogan said, speaking at the Justice and Development Party Polatli district congress.

"They all came together to topple Turkey's President Recep Tayyip Erdogan, then Prime Minister of Turkey, but they could not. Why did they fail? Because this nation protects its people and their will, protects their own government," Akdogan commented.

Akdogan noted that the government has worked for Kurdish citizens by making investments in the regions where they live - mostly in eastern and south eastern Turkey - protecting their rights and the rule of law and working for them with compassion -- unlike the terrorist groups.

The terrorist groups pressure the people, harass them when they are going to vote, destroy construction equipment and scareaway investments in the region, he said.

He also added that the coming elections in 2015 will be critical for the solution process and the new constitution of Turkey.

The elections are also very important for the future of the oppressed in the region, he added, saying that the Arabs, Turkmen, Kurds, Christians and Muslims were all coming together under the Turkish flag and in peace, Akdogan said.

Touching also upon the parallel state structures - illegal networks that threaten national security - Akdogan said they will not be tolerated and the government will protect the democracy, law and the national will.