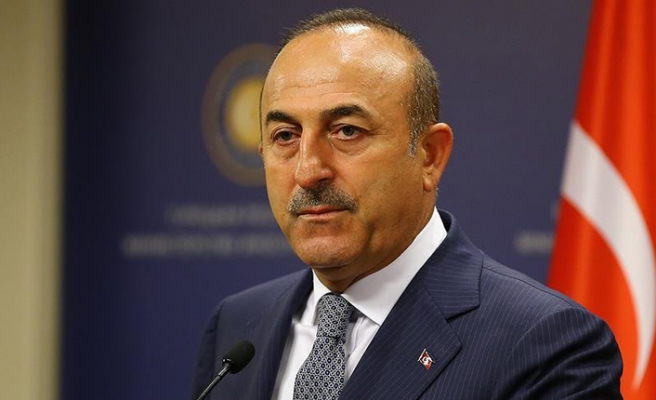 Speaking to reporters on the sidelines of 18th Doha Forum, Cavusoglu said Qatar is becoming more self-sufficient every passing day by taking steps to diversify its economy.

“Qatar’s economy has been growing. Qatar has been strengthening,” the foreign minister said, calling the recent economic situation of the country as an “artificial crisis.”

Cavusoglu said the sanctions targeting the country is “unacceptable.”

“Whatever the problem is, we are against all kind of sanctions,” he said, adding: “I hope these issues will be resolved as soon as possible."

Saudi Arabia, Egypt, Bahrain, and the United Arab Emirates cut off all their diplomatic ties with Qatar on June 5, 2017, and accused Doha of supporting terrorism.

In addition to imposing a blockade to the small peninsula nation, the group led by Saudi Arabia released a 13-point list of demands, which required Doha to cut its relations with Iran and shut down its Al Jazeera television network.

By leaving the world's biggest oil organization, Qatar has become the first Arab nation to do so since its foundation in 1960. Qatar had joined the organization one year after its establishment.

The Turkish foreign minister also hailed a large-turnout forum entitled “Diplomacy, Dialogue, Diversity,” saying it is the “most significant ones" in the world.

“I think this year’s theme and timing of the forum was very good," he said.

In regards to the Oct. 2 killing of Saudi journalist Jamal Khashoggi, Cavusoglu said the Saudi investigation into the murder should be “transparent” and “reliable,” adding Turkey will continue to pursue the developments.

Khashoggi, a columnist for The Washington Post, went missing after entering the Saudi Consulate in Istanbul on Oct. 2.

After producing various contradictory explanations, Riyadh acknowledged he was killed inside the diplomatic building, blaming the act on a botched rendition operation.