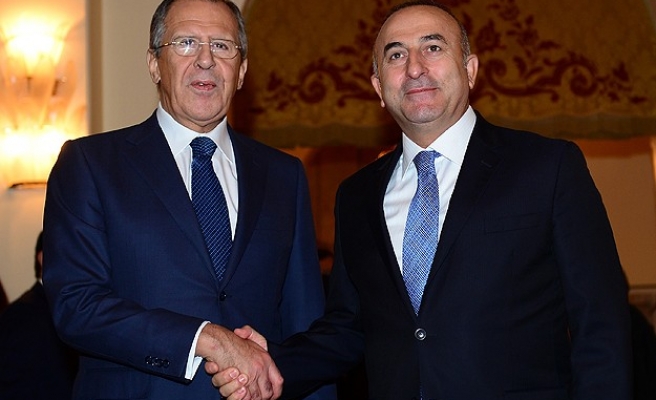 The two foreign ministers discussed the shape of the economic agreement expected to be signed during the council meeting.

They also spoke about the possibility of Russian President Vladimir Putin’s visit at the G20 Summit in 2015 in Turkey, and administrative issues of the Organization of the Black Sea Economic Cooperation.

They exchanged views over how to stop the war in Syria and resolve the massive Syrian refugee crisis.

Turkey also conveyed that it would not recognize the annexation of Crimea, the sources said.

The Russian side also said they would keep a positive attitude for uninterrupted negotiations over the Cyprus issue.

Putin arrived in Turkey to participate in the fifth session of the High Level Cooperation Council. He will have a separate meeting with President Recep Tayyip Erdogan.

The fourth meeting of the Turkish-Russian High Level Cooperation Council was held in St. Petersburg on Nov. 22, 2013 during which both countries signed five agreements to cooperate in the fields of energy, customs and information.

In an interview with The Anadolu Agency on Nov. 28, Putin termed Turkey an important foreign trade partner for Russia.