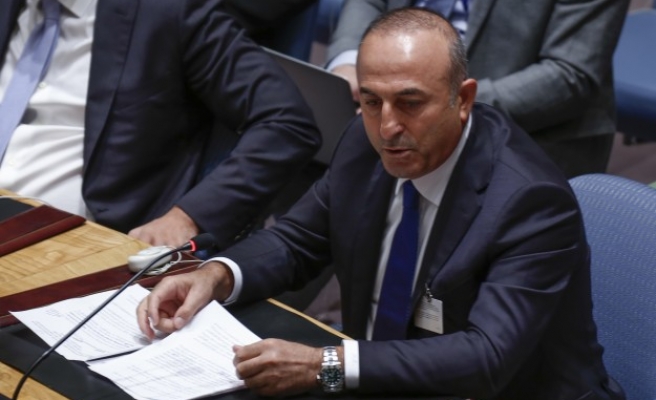 Turkey's foreign minister met with counterparts Saturday on the sidelines of the G20 Summit for discussions on issues of global importance.

According to diplomatic sources, Mevlut Cavusoglu exchanged views over breakfast in Brisbane, Australia with the country's Foreign Minister Julie Bishop, in particular on regional issues such as Syria and Iraq, cooperation on counterterrorism, and on the necessity of sharing intelligence.

Cavusoglu then met with Hector Timerman, the Argentine foreign minister. They discussed Turkey's G20 priorities as well as the possibility of direct Turkish Airlines flights to Argentina.

Cavusoglu also met with the foreign ministers of MIKTA (Mexico, Indonesia, Korea, Turkey and Australia) - an informal grouping of the five states.

The meeting was the first to occur within the framework of the G20.