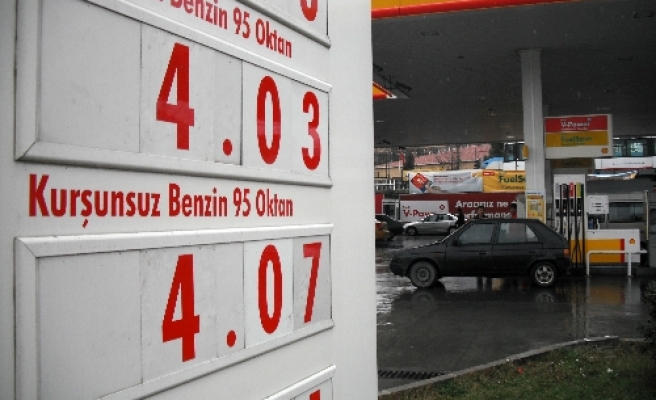 Turkish gasoline prices dropped by 0.12 lira per liter at midnight on Tuesday, according to sources.

The price discount on gasoline came right after the Turkish energy watch-dog warned gasoline retailers in the country.

On Monday, the Turkish energy market regulatory board asked retailers to adjust their profit margins according to the legal regulations.

Falling oil prices across the world are bringing down gas prices for oil-dependent countries like Turkey and their consumers.

Brent crude oil price, the global benchmark for oil prices, has fallen almost $40 per barrel in the last five months from $115.67 in June to $76.74 in November -- the lowest in four years -- due to global demand concerns and geopolitical developments.

Turkey, a net importer of oil, brought in $56 billion worth of energy imports in 2013, and $37 billion in the first eight months of 2014, according to the Turkish Statistical Institute.