The ruling Justice and Development Party (AK Party) government and the pro-Kurdish Peoples' Democratic Party (HDP), have voiced their commitment to the process, saying they are determined to continue with it. 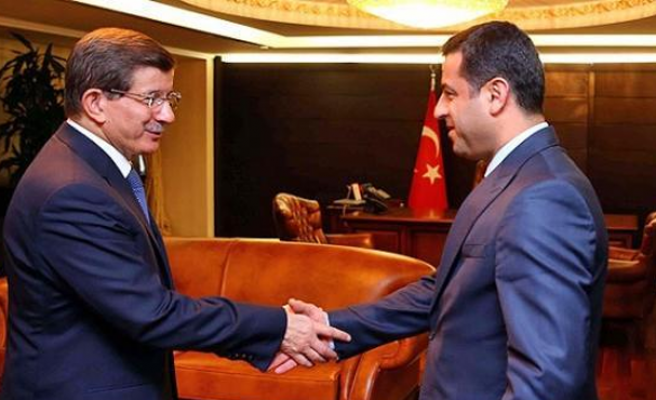 The roadmap for the solution process aiming to resolve the Turkey's terror problem will begin with jailed PKK leader Abdullah Ocalan's letters to Kandil and Europe while a solution is being discussed.

According to the turkish media reports, in his letter Ocalan will call for inaction by the PKK and will also allegedly call for the youth YDG-H to be disbanded. Following this, a secretariat to Imrali, and also an Observation Committee with the inclusion of the Wismen Committee. With changes that will be made to the Counter Terrorism Prevention and  law, this means that the front will remain open for members to come out from the mountains and that those in prisons will be freed. The PKK in Turkey will disarm and in turn there will be a general pardon. All these steps will be in place before June 2015.

The MIT Adviser Hakan Fidan after a series of meetings at Imrali, initiated an agreement with Abdullah Ocalan  also eliminated the chaos of the  Resolution Process. Assistant Prime Minister Yalcin Akdogan who had said that the “process had hit turbulence”  also finalised the decision for “all activity that disrupts public order and security in PKK areas to desist”. According to information received, the new Resolution Process will begin with Ocalan's “official” letters to Kandil and Europe alongside the intervention of the HDP party Imrali Committee. Ocalan will renew the letters that couldn't be delivered to the Committee due to the crisis on 21 October.

According to observations of the pro-Kurdish Peoples' Democratic Party (HDP) wing, the AK Party representatives and Hakan Fidan, Ocalan will emphasise for the PKK to remain inactive, and in particular to  “desist all activity that disrupts public order and security in PKK areas”'; to halt all action pertaining to kidnapping, road hold ups, burning of machinery in the areas of Cizre, Silopi, Idil and other towns that are considered “saved towns”. Ocalan's current agenda purportedly is to stop all action from PKK youth. According to outside information Ocalan requests urgently from Kandil the ability to leave the borders.

Secretariat for Imrali and Monitoring Panel

One of the recent steps that needed to be addressed was of Ocalan's living conditions in Imrali to be improved, that he be moved to another living quarter and that the detainees at Imrali be changed to another location. Allegedly before they travel to Imrali next week, Ocalan under “house arrest” will be moved to another building and the secretariat will have completed the transfer of the new inmates to the island. After this Public Security and the Under secretariat will coordinate a committee to monitor the Resolution Process. The Committee will have members from the Wisemans committee. Together, with members of the press, there will be a new committee which will meet with Ocalan.

With some of the changes that will be made to the Counter-terrorism and Repatriation Act, there will be an opening for the members of the PKK that will descend from the mountains and those who will be released from prison. With the necessary steps taken Ocalan will be permanent at Nevruzu, and will call for “disarmament and farewell to arms”. The PKK will continue to maintain its armed presence in Syria and Iraq and not abandon Kandil, with removing weapons as a tool that is used in Turkey. Once these steps are taken a general pardon will be the next step. However, according to the Ankara lobby they will wait until after the June elections.