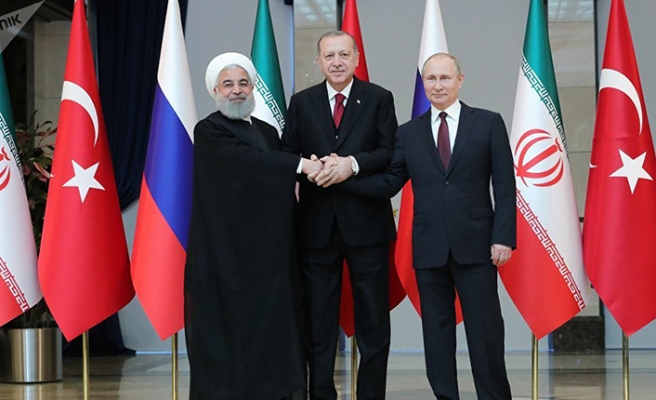 The Turkish, Iranian and Azerbaijani foreign ministers gathered in Istanbul on Tuesday for their sixth trilateral meeting.

Speaking at a joint press conference afterwards, Turkish Foreign Minister Mevlut Cavusoglu said there is no problem in the implementation of the Sochi agreement for Idlib, Syria reached last month between Turkey and Russia.

"Right now, there is no problem regarding the implementation of this memorandum," he said.

"Everything is on track right now," Cavusoglu said.

He said if terror groups or radical groups in Syria try to step over the line, Turkey will be the first to intervene, before anyone else.

Cavusoglu added that besides Turkey and Russia, Iran is the country that has supported and contributed the most to the process leading to the Sochi agreement.

After a Sept. 17 meeting in Sochi between Turkish President Recep Tayyip Erdogan and his Russian counterpart Vladimir Putin, the two sides agreed to set up a demilitarized zone -- in which acts of aggression are expressly prohibited -- in Syria’s Idlib province.