Alex Popov, a prominent figure in the worldwide jewelry market, tells Istanbul conference that Turkey is set to become a jewelry trade hub but needs to expand overseas exposure 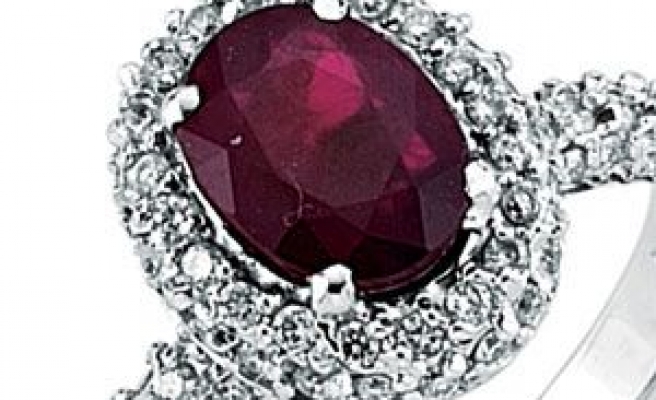 Turkey could become one of the world’s main jewelry trading centers in the mid-term future, according to the vice president of the Federation of World Diamond Bourses, Alex Popov.

However, the businessman advised Turkey’s “introverted” jewelry industry to work more on promoting itself overseas.

Speaking to The Anadolu Agency on the sidelines of the Istanbul Jewelry Show on Friday, Popov -- who is also the president of Moscow Diamond Bourse -- said Turkey is one of the top jewelry markets along with other major players like China, Italy and India.

Turkey established a diamond and precious-stones market under its main stock market, Borsa Istanbul, in April this year to maneuver itself into becoming a regional trading hub in the sector.

Praising the initiative as an important step, Popov said the Turkish jewelry sector is very important since it has become one of the key global players over the last two decades.

"I think it is a very good development because it will make the diamond trade more legally transparent," Popov said.

The head of Istanbul's Chamber of Jewelry had welcomed the new tax policy and said the current $2.3 billion export level could go up to $12 billion in the next decade -- a centennial target for the domestic industry.

According to Popov, this aim is "feasible and realizable" and the diamond sector, which Turkey has just started to promote, will be the main driver of this growth.

"It is important to have no restrictions on the diamond trade," added Popov, saying this was necessary to attract investors and traders into the country.

Popov also said Turkish businessmen should be more visible abroad and generate more publicity as a key element to improving their business.

"I go around in different places and there are very few Turkish people. I see Italians, Chinese, Indians, everywhere but I don’t see Turkish people," Popov said, describing the Turkish jewelry industry as "introverted."

The global jewelry market will reach over $272 billion by 2018, according to a 2013 report by TechSci Research, estimating annual growth of five percent.