Turkish MFA says all evidence given in Mavi Marmara case

Turkish Ministry of Foreign Affairs has dismissed claims the gov't didn’t provide complete documents to the ICC regarding the deadly Israeli attack case on flotilla. 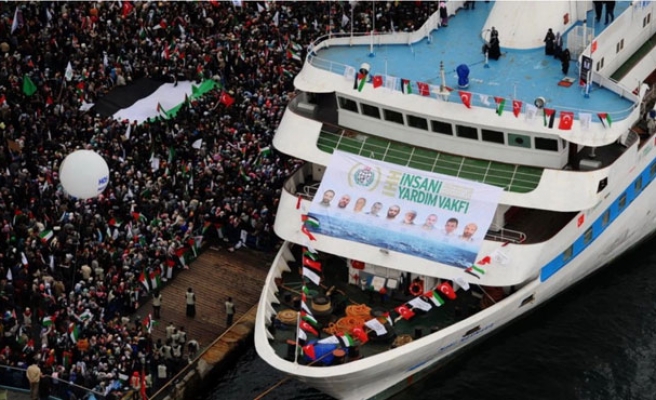 In May 2010, Israeli commandos killed eight Turkish nationals and an American of Turkish origin in a raid on the Mavi Marmara ship in international waters. The ship was part of the “Gaza Freedom Flotilla” that carried humanitarian aid and construction materials for Palestinians in the Gaza Strip, who were then under Israeli siege.

Recently, some Turkish media and Istanbul-based Humanitarian Relief Foundation President Bulent Yildirim alleged that a high-ranking Turkish foreign ministry officer did not send an important document to the court that could have proved the illegal Israeli attacks.

In a statement, the ministry said all such accusations were not based on facts.

“The legal process was carried out in full transparency following the attack and Turkey submitted its national report, including all evidence of the attack to the UN Panel of Inquiry on the flotilla incident of May 31,” the statement said.

Turkey does not have any more information or evidence to submit to the International Criminal Court other than the national report, the statement added.

The court announced on Nov. 6 that it would not investigate the maritime incident between pro-Palestinian demonstrators and Israeli forces due to a lack of "sufficient gravity."