The government will evaluate the plans and decide whether such a move is necessary, Turkish television stations quoted Erdogan 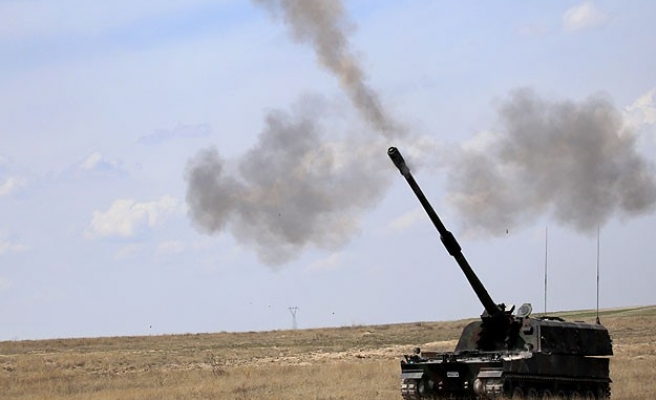 Turkey's military is drawing up plans for a possible "buffer zone" on the country's southern border, where it faces a threat from ISIL militants in Iraq and Syria, Turkish media quoted President Tayyip Erdogan as saying on Monday.

The government will evaluate the plans and decide whether such a move is necessary, Turkish television stations quoted Erdogan as telling reporters on his plane as he returned from an official visit to Qatar.

A presidency official confirmed that Erdogan had made such remarks but did not specify where along the border the zone might be established and gave no further details.

Turkey, a member of the NATO military alliance, has made clear it does not want a frontline role in a military coalition which the United States is trying to assemble to fight ISIL militants in both Iraq and Syria.

Government officials have said Turkey is hamstrung by 46 hostages, including diplomats, soldiers and children, being held by ISIL after they were seized from the Turkish consulate in the northern Iraqi city of Mosul in June.

But Ankara is under pressure to stem the flow of foreign fighters crossing its territory to join the militants and to prevent the group from profiting from a trade in smuggled oil, some of which analysts say comes through Turkish territory.

U.S. officials have said several Arab countries have offered to join air strikes against ISIL but declined to name them. Ten Arab states committed in Jeddah last week to the military coalition without specifying what action they would take. Turkey did not sign the final communiqué.