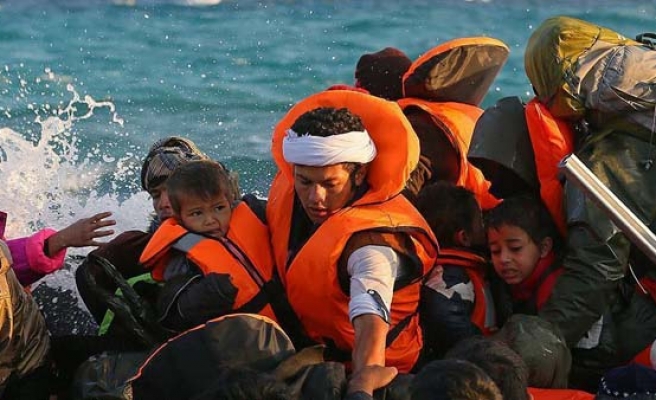 Turkey's minister of customs and trade has accused European states of committing an "injustice" against Turkey by calling on the country to do more while they struggle to cope with a fraction of what Ankara has shouldered in refugee response.

"We thought it a source of richness to welcome our Syrian brothers and sisters to Turkey. But in a few of those European states, all hell broke loose when Syrians arrived," Bulent Tufenkci told a local AK Party audience in Kilis province on Saturday.

"Those who can't say 'stop' to Russia's atrocities at the United Nations are asking us, 'why are you closing the door?' We are not, the doors of our hearts are always open. We are already fully taking care of accommodation needs," Tufenkci said.

With 2.62 million Syrian war survivors and 26 different camps, Turkey has become the country hosting the biggest number of refugees in the world.

With Russia- and regime-backed military pressure on Aleppo, the numbers are expected to rise. As many as 600,000 refugees might soon arrive at the Turkish border "in a worst case scenario", Deputy Prime Minister Numan Kurtulmus said on Feb. 8.

With a central population of 93,000, Kilis province alone hosts 127,000 Syrians while 40,000 others are sheltered at camps across the territory.

"If you have an iota of courage and humanity, show your ability to say 'stop' to the Russian brutality, and those bombs dropped on hospitals", Tufenkci called on the international community. "If you can't, at the very least condemn them. We embrace those people [Syrian refugees] with a soft heart, but at the same time, we have to ensure our border security."

Last week, several local and international media outlets claimed that there had been an accumulation of refugees at the Syria-Turkish border due to Ankara's alleged unwillingness to open crossing points.

However, Deputy Prime Minister Yalcin Akdogan dismissed all such claims during his visit to Kilis Friday.

"Turkey's open-border policy remains in place. We are opening our gates and embracing all those who flee death and fear of their lives," Akdogan said.

The UN refugee agency has only granted $455 million to Turkey for refugees.