Technology minister says new phones to be provided to officials after senior Turkish leaders had been illegally wiretapped. 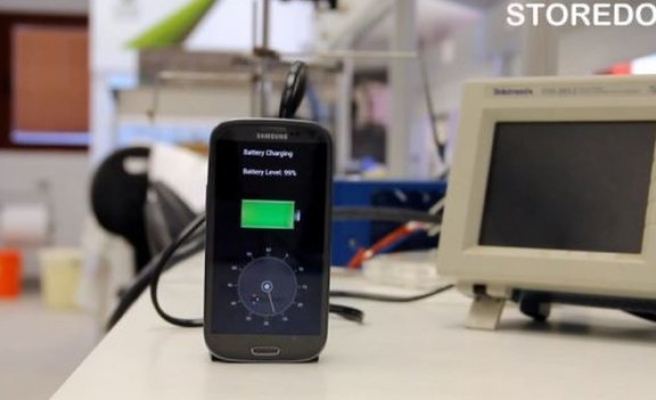 Phones used by top government officials are to be changed by the Scientific and Technological Research Council of Turkey after high officials suffered espionage surveillance by the subversive group, "the parallel state."

Isik described the "parallel network"s illegal wiretapping as "espionage," and as "destroying the integrity of the state."

“The parallel structure had put some ‘pirate code’-- in the old system, software, to decrypt top-secret phone calls between Turkish high officials," Isik said. "But we cleaned all of them and established the new codes for the new cryptographic phones," he said.

"We will focus on the encrypted smart phones and will concentrate on the new cryptographic phone design for the next step."

Writing new code started after it was confirmed that encrypted phones belonging to senior Turkish leaders had been compromised, he added.

Phones belonging to other senior figures such as Interior Minister Efkan Ala, Energy Minister Taner Yildiz, former head of the country's top spy agency Hakan Fidan, in addition to members of the National Security Council, were also thought to have been wiretapped.

During the introduction of the new cryptographic phones he underlined that the scientific council changed all the old software and rewrote the programs entirely.

The "parallel state" is an alleged group of Turkish bureaucrats and senior officials embedded in the country's institutions, including the judiciary and the police, which is allegedly trying to undermine the Turkish government.

The government alleges that the clandestine network is run by the U.S.-based preacher Fethullah Gulen and his so-called Gulen movement for masterminding a plot to overthrow the elected Turkish government.

Turkey wants Gulen to be extradited from the U.S., where he lives since 1999. An Istanbul criminal court issued an arrest warrant for Gulen as part of a probe into the parallel state operation in December 2014.

Isik also expressed his condolences to the family of the brutally murdered 20-year old student, Ozgecan Aslan, in the southern province of Mersin last Friday.

“The attitude and comments of Ozgecan's family -- after their daughter's murder -- are an example for all Turkey. May Allah give them patience," he said.

Ozgecan Aslan was killed and her body burnt after allegedly resisting a sexual assault.

"The murderers will be punished with the highest penalty permitted under Turkish law, with 36 years, without any abatement of penalty."

His remarks on presidential system

"Security mechanisms must be well founded; control and balances should be well built and then Turkey must pass the presidential system," Isik said.

Turkey has been governed under a parliamentary system for decades and has been discussing the possible introduction of a presidential system for a long time.

The issue of a potential presidential system has been much discussed in Turkey for the past few months, as the country approaches parliamentary elections in June 2015.

A constitutional amendment or a new constitution is needed to set up a presidential system in Turkey.

Isik recounted the latest developments for investment in Turkey's east and southeast since the start of the solution process.

The "solution process" refers to the efforts of the Turkish government, launched in 2013, to end the decades-old conflict with the outlawed Kurdistan Workers’ Party, or PKK, in the country's eastern and southeastern regions which claimed tens of thousands of lives.

The PKK is listed as a terrorist group by Turkey, the U.S. and the EU.