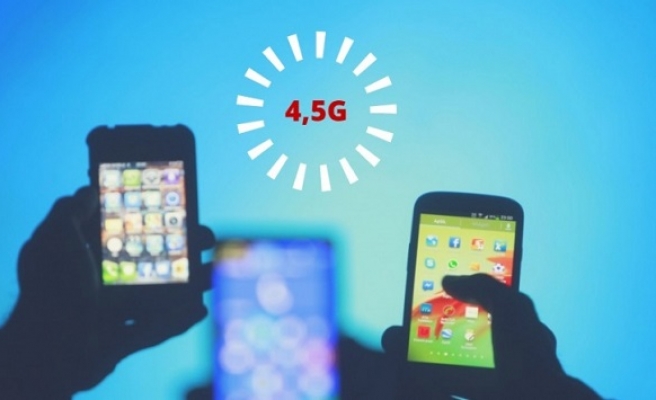 Advanced fourth-generation (4G) telecom services - dubbed 4.5G in Turkey - have become operational in the country as of Friday, early hours.

The technology was introduced during an official presentation on Friday in Istanbul with the participation of Communication Ministry officials and the head of the Information and Communication Technologies Authority (BTK) as well as Turkey's three mobile operators, Turkcell, Vodafone and Turk Telekom.

According to BTK, 4.5G technology will offer consumers the ability to use new technologies and will provide faster browsing, downloads, and uploads.

The total amount of spectrum available will be increased by three times. The rights to the frequencies will last until April 30, 2029.

"We would waste time with 4G technology and should move to 5G in two years, or else Turkey becomes a garbage dump for 4G technology," Erdogan had said.

After Erdogan's announcement, three mobile operators, Turkcell, Vodafone and Turk Telekom, won the rights to the country’s most advanced 4.5G network after paying more than €3.9 billion ($4.5 billion)  in a tender held by BTK last August.

According to Sayan, 4.5G is faster and better for user experience and more efficient, with regards to spectrum use, than 4G. He added 4.5G would serve as a bridge to fifth-generation (5G) technology, which is expected to be the next major step in mobile telecommunications.

According to ministry figures released in 2015, the number of 3G subscribers has reached 61.1 million in Turkey.

Turkey's population was 77.7 million in 2014, according to the country's statistics authority.