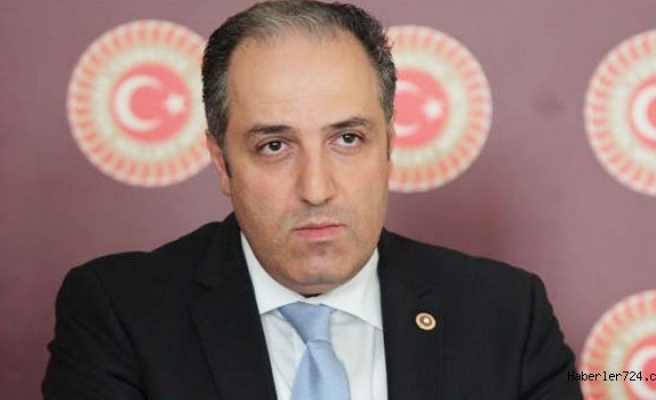 Speaking to journalists in the parliament Friday, ruling Justice and Development (AK) Party deputy Mustafa Yeneroglu recalled German Chancellor Angela Merkel's remarks on the murders carried out by the NSU.

Merkel promised in 2012 that all NSU murders would be thoroughly investigated.

"If Merkel does not keep her word… I will suggest an investigation commission on this issue to be set up in the parliament," Yeneroglu said.

"I want to point out that we will address the [NSU] issue with a committee while investigating it on-site."

Yeneroglu also called on Merkel to fight with "institutional racism" in Germany.

German prosecutors on Sept. 12 demanded life imprisonment for the chief suspect of a neo-Nazi terrorist cell which murdered eight Turkish immigrants, one Greek citizen and a German policewoman between 2000 and 2007.

Federal prosecutor Herbert Diemer accused 42-year-old Beate Zschaepe, who was arrested in 2011, of complicity in every one of the NSU murders and its bomb attacks which targeted immigrants.

A verdict is not expected before the end of this year as lawyers are expected to begin giving closing arguments this week.

The shadowy group was only revealed in 2011 when Zschaepe's partners died after an unsuccessful bank robbery and police found guns and propaganda in their apartment.

The NSU is believed to have been founded by three right-wing extremists -- Uwe Mundlos, Uwe Bohnhardt and Zschaepe -- who lived underground from 1998 with fake identities.

Since the late 1990s, Germany’s domestic intelligence agency, or BfV, recruited various informants from the right-wing scene who were believed to have had contacts with the trio.

However, the agency failed to prevent the murders or arrest the suspects. German officials insisted they had no prior information about the existence of the NSU and its role in the killings.

Until 2011, German police and intelligence services dismissed any racial motive for the murders and instead treated immigrant families as suspects with alleged connections to mafia groups and drug traffickers.