'Turkey have opportunity to show power of its naval forces to both itself, all followers of drill, defense minister says 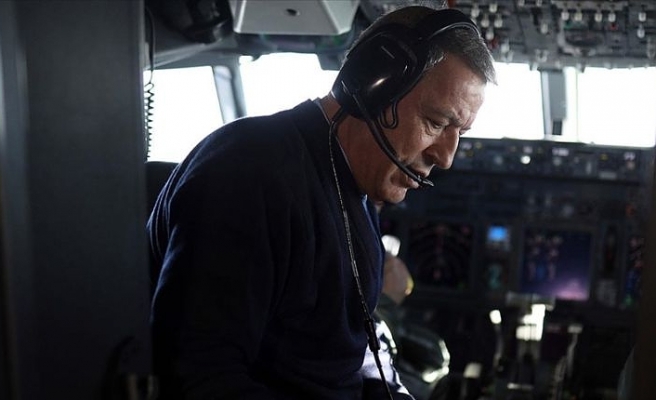 "Turkey had the opportunity to show the power of its naval forces to both itself and all the followers of the drill," Hulusi Akar told Anadolu agency.

The Blue Homeland 2019 military drill is a joint military exercise conducted with the attendance of other forces to test the weapons and military systems of Turkish Naval Forces between Feb. 27 and March 8.

Akar and top military officials witnessed the drill from the Airborne Early Warning and Control aircraft.

Also commenting on Turkey-Greece relations, Akar said within the framework of good neighborly relations, Turkey is making efforts to improve its bilateral relations with Greece to a much better level by taking confidence building measures in accordance with the international law.

Turkey will continue to protect its rights, nation and interests in the Aegean, the Eastern Mediterranean and in the Black Sea, he added.

The drill began with the participation of 103 navy ships in the Black Sea, the Aegean and the Eastern Mediterranean surrounding the country as Turkish military is testing its war-fighting capabilities.

The drill also aims to boost the efficiency of the systems of command and control.

As part of the drill, Turkish navy is visiting 33 Turkish harbors and seven others abroad in the Black Sea. The visits seek to contribute to the friendship and peace.

In December 2018, Turkey had conveyed to the Greek authorities about the location and time of the military drill.

The drill, coordinated by the Naval War Center Command, was planned six months in advance in line with the NATO rules and regulations.