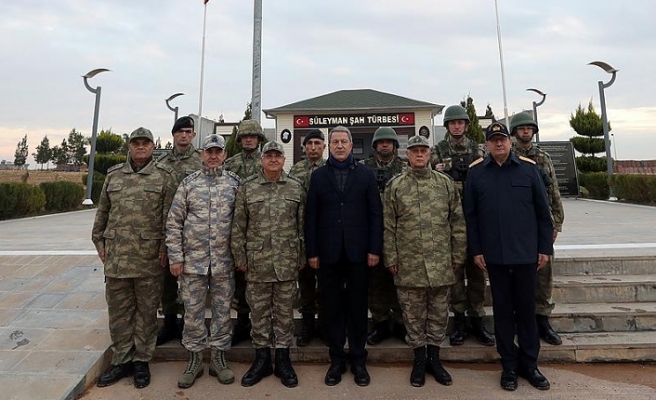 Hulusi Akar’s remarks came when he visited military brigades stationed on the border with Syria.

The minister said the Turkish airstrikes also destroyed 922 targets which include ammunition depots and shelters used by the terrorists.

"You made history in [Syria’s] Jarablus and Afrin cities and I know this process will continue like this after that,” Erdogan said during the phone call.

In the last two years, Turkey has successfully carried out two counter-terrorist operations in Syria -- Operations Euphrates Shield and Olive Branch -- to eradicate the presence of YPG/PKK and Daesh terrorists near Turkey’s borders, and a third one is expected, east of the Euphrates River.