Takeover of Bank Asya by Turkish regulator is political decision, main opposition party deputy leader says. Turkish PM insists the decision is based on breach of transparency requirements, and is not politically motivated 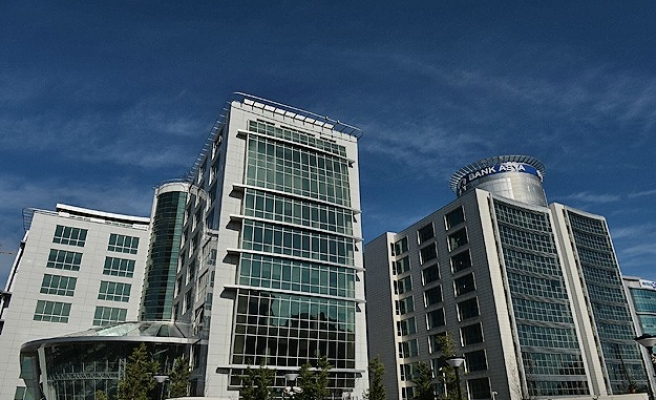 The takeover of Bank Asya by the Turkish Savings Deposit Insurance Fund is not legal, but rather a political decision, main opposition Republican People's Party deputy chairman said Wednesday.

At a meeting of the party's Central Executive Committee on Wednesday, with party leader Kemal Kilicdaroglu as chairman, deputy head Haluk Koc said that the decision for takeover of Bank Asya decision came after an "instruction," which he claimed was settled from the "highest," and was put into practice Tuesday.

He stressed that the making manipulation over these kinds of corporations is considered as a financial market fraud and is sentenced of up to two year to five years according to Turkish law.

He also criticized Turkish President Recep Tayyip Erdogan’s view of the Central Bank. Erdogan has repeatedly criticized the bank over its refusal to cut interest rates.

Koc said that Erdogan is trying to "command" a rate reduction.

However, Turkish Prime Minister Ahmet Davutoglu said on Wednesday that The takeover of Bank Asya by the Turkish Savings Deposit Insurance Fund is entirely legal.

In an interview broadcast from a private TV channel late Wednesday, Davutoglu said that the decision is fully compatible with banking law and there is no political motivation or directive behind the ruling of Turkey's Banking Regulation and Supervision Agency.

“This is entirely a legal decision. It has no political aspect. It is not a decision taken with a directive,” Davutoglu said. “And the legal aspects of this decision can be only examined on the basis of objective criteria.”

The Agency’s decision is based on the breach of transparency requirements with respect to disclosure of Bank Asya’s partnership structure, Davutoglu said, pointing out that transparency problems can lead to serious violations of rights and raise distrust in financial markets.

“It is not right to treat transparency issues in the banking sector as some sort of exception when these regulations are imposed on all banks,” Davutoglu said.

Science and Industry Minister Fikri Isik said that there are strict rules in financial markets of Turkey imposing transparency on banks under the supervision of Turkey's banking watchdog.

"The goal is to protect people from mistreatment. All the actors in the banking sector have to follow the rules exactly, especially the rules protecting depositors from harm,” Isik said.

The Economy Minister of Turkey Nihat Zeybekci and Deputy Prime Minister Numan Kurtulmus on Wednesday made statements explaining that the decision was a technical procedure based on banking regulations.

"This is the result of regulations governing the banking sector in Turkey. There is no need to interpret it. It had to be done, no matter who made the decision," Zeybekci said.

"The result has been the reduction of speculation in Turkey’s financial markets -- this was addressed and a more secure financial environment ensured."

On Tuesday, the Savings Deposit Insurance Fund, the agency responsible for managing failed banks, appointed a new chief executive officer and board of directors, the bank said in a filing with the Istanbul Stock Exchange.

The bank is allegedly affiliated with U.S.-based preacher Fethullah Gulen and his movement, which is accused of forming an illegal "parallel state," a suspected group of Turkish bureaucrats and senior officials nestled within key institutions of the state, such as the police and the judiciary.

Meanwhile, Turkish Prime Minister Ahmet Davutoglu said Wednesday that he does not regard the U.S.-based preacher Fethullah Gulen as a religious scholar since he abuses the religious feelings of the Turkish people.

"We don't consider as scholars those who claim to act in the name of religion but exploit the religious feelings and benevolence of our people," he told a provincial congress of his Justice and Development (AK) Party in the northwestern Kastamonu province.

Self-exiled Pennsylvania-based Gulen is said to be the leader of the "Gulen movement," which is accused of masterminding an illegal organization trying to topple the Turkish government through what has been dubbed as the "parallel state," an alleged group of Turkish bureaucrats and senior officials nestled within key institutions of the state, such as the police and the judiciary.

"Neither we deem as scholars those who go to the U.S. and write against their own country," he said.

Davutoglu was referring to an article penned by Gulen on Tuesday for a U.S. daily.

He said the article is full of open insulting remarks against Turkey and he described Gulen as the leader of a "treacherous gang."

"I call on all Turkish people to be on alert against this plot," Davutoglu said.

The premier also pointed out the timing of the article, as it coincided with the parliamentary group address of Turkey's main opposition leader and Republican People's Party Chairman Kemal Kilicdaroglu.

The opposition leader used his address to criticize the new security reform bill which will be debated in the Turkish parliament starting from next week just as Gulen's article criticized the government-backed bill.

The bill was first submitted to the commission in November 2014 in the wake of last October's protests in the country that resulted in the deaths of dozens of Turkish citizens.

It regards protesters with covered faces as potential criminals as it is a "declaration that the person will commit a crime by hiding his identity" and outlaws possession of fireworks, Molotov cocktails and slingshots during protests.

Opposing the bill, Kilicdaroglu, the main opposition leader, called on people, especially the youth, to take to the streets and promised that he will be in the forefront of the protests.

Davutoglu maintained that Gulen also made a call in his article for all opposition elements in Turkey to unite against the government.

"He published that libellous article against Turkey and called for opposition unity just like Selahattin Demirtas (the pro-Kurdish People's Democratic Party leader) said, 'Let's unite as all opposition parties and prevent this law,' and like Devlet Bahceli (the Nationalist Movement Party leader) who compared Turkey to North Korea," Davutoglu said.

The premier argued that Gulen, his movement and the opposition parties are all acting as a "coalition against his government."

Gulen has been in the U.S. since leaving Turkey in 1999 allegedly for "medical reasons." Shortly after his departure, Turkish prosecutors opened a case against him for incitement to attacking the secular state. He was acquitted in 2008.

An Istanbul court issued an arrest warrant for Gulen as part of a probe into "parallel state" operations in December 2014, which would pave the way for Turkish authorities to demand a search for Gulen through an Interpol red notice.

Turkish officials have also voiced their expectation that U.S. will extradite Gulen when Turkey files an official request in line with a bilateral agreement for the extradition of criminals between the two countries.