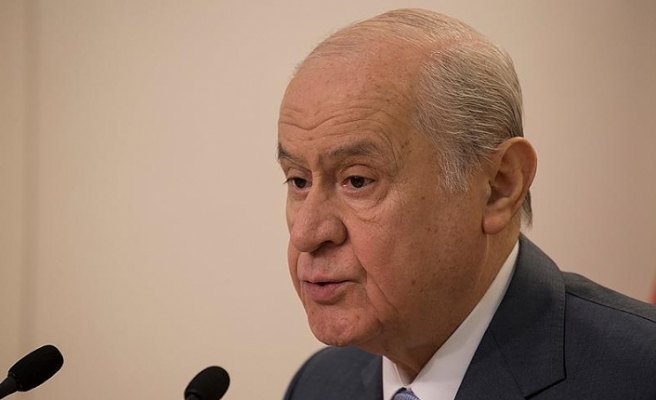 The leader of Turkey’s opposition Nationalist Movement Party (MHP) on Thursday said he would support a proposed safe zone in northern Syria under Turkey's control.

Devlet Bahceli told his party's parliamentary group that he would only support the 30-kilometer (20-mile) safe zone along the Syrian border “if it is under entirely Turkey’s supervision and control,” and if it "makes no concessions in the fight against terror."

"The government’s fight against terrorism is rightful and legitimate," said Bahceli.

Bahceli said: "Conflating terrorists with Kurds is a crime against humanity."