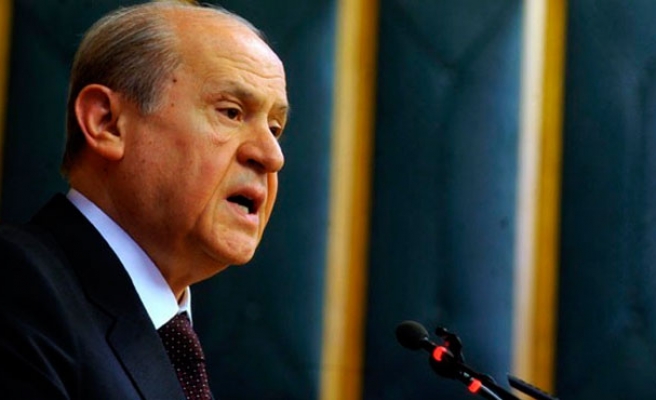 The head of the opposition Nationalist Movement Party (MHP) on Tuesday offered condolences to those affected by recent attacks in the U.S. while criticizing Washington for supplying arms to terrorists arrayed against Turkey.

Devlet Bahceli condemned attacks in New York and Texas in a speech to his party’s lawmakers. “I convey my condolences to the American people for these atrocious attacks,” he said.

However, he turned his criticism to the U.S. over its support for the PKK/PYD in Syria.

“Since the U.S sees terrorism as a threat… how will the U.S explain the weapons, which were used by the traitors that martyred the youths of our country… that were of U.S. origin?”

He added: “What are were U.S.-made weapons doing in the hands of the PKK?”

The U.S. has been supplying arms to the PKK/PYD in Syria since earlier this year.

Washington sees the group -- the Syrian affiliate of the PKK -- as an ally in the fight against ISIL.

Alongside Turkey, the U.S. and EU have also designated the PKK, which has waged war against Turkey for more than 30 years, as a terror group.