More than 14,000 civilians, majority of them from the Alevi community, were killed in a military offensive in Dersim province in 1937. 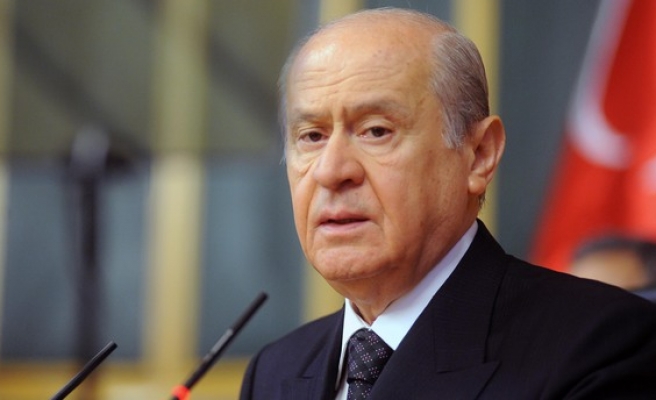 A Turkish opposition leader has criticized the government's stance over Turkey’s Dersim massacre, which killed thousands of people in 1937.

More than 14,000 civilians, the majority of them from the Alevi community, were massacred in a military offensive in Dersim province following a rebellion 67 years ago against the government's resettlement policies. Dersim is now known as Tunceli province.

The Alevis subscribe to a belief that is an offshoot of Shia Islam.

Bahceli was referring to Prime Minister Ahmet Davutoglu’s Nov. 23 statement that the Turkish government would make a series of moves to atone for previous discriminative state actions such as the Dersim massacre against the country's Alevis.

"The treason campaign regarding the Dersim revolt should end," Bahceli said. "What happened is left behind. The Turkish nation overcame the rebels and this page is now closed for eternity."

He criticized the views of Davutoglu and President Recep Tayyip Erdogan on Turkey’s Kurds and Alevis.

“According to the prime minister and his government …Turkey will be democratized if there are ethnic divisions; it will be liberated if it is disintegrated on the basis of national solidarity and identity; and it will be modern if it’s divided geographically and become different," he said.

Bahceli added that his Nationalist Movement Party rejects all such modernization programs.

About the Dersim killings, Erdogan said in November 2011: "If there is a need for the Turkish state to apologize, I will apologize and I am apologizing."