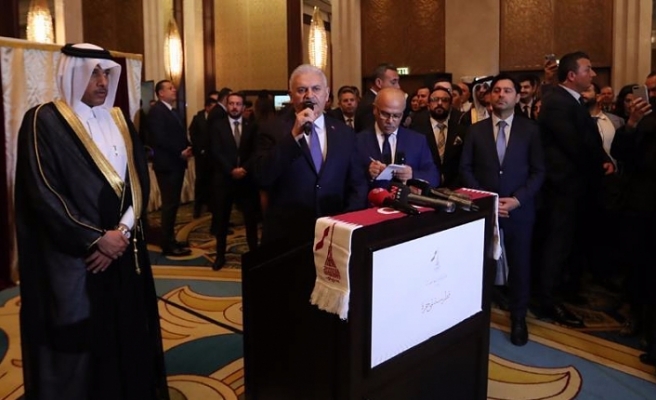 Turkey and Qatar have become “foul-weather friends,” and good relations will continue in the face of adversity, Turkey’s parliament speaker said on Tuesday.

"The two countries have faced many problems so far and have been able to overcome these problems through mutual aid and solidarity," Binali Yildirim told a reception marking Qatar’s National Day in Turkey’s capital Ankara.

Over a half century, ties between the two countries have developed and gained strength, he added.

On the fourth meeting of the Turkey-Qatar High Strategic Committee held in Istanbul last month, Yildirim said the decisions made at the meeting carried relations to higher levels.

For his part, Qatar’s Ambassador to Turkey Salem bin Mubarak Al-Shafi said Turkey and Qatar are like a single heart in one body.