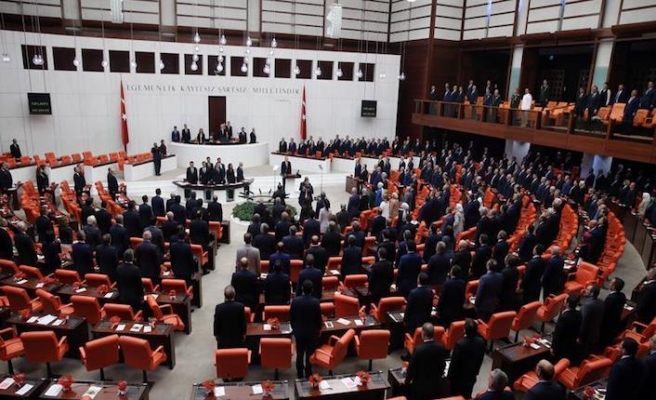 A speech Monday by President Recep Tayyip Erdogan will usher in the second legislative session of the Turkish parliament's 27th term.

The General Assembly will convene at 2.00 pm local time (11:00GMT) under the gavel of Parliament Speaker Binali Yildirim.

Later, Erdogan will deliver an opening speech to the assembly.

On Tuesday, political parties' parliamentary group meetings are scheduled to be held.

On Oct. 3 and 4, the general assembly is scheduled to debate a motion to extend the government’s authority to launch cross-border military operations in Iraq and Syria for one more year.

A motion for Turkey’s contributions to UN missions in Mali and the Central African Republic is also set for debate.