Turkish PM arrives in US as visa spat softens

Binali Yildirim to talk bilateral ties with US vice president 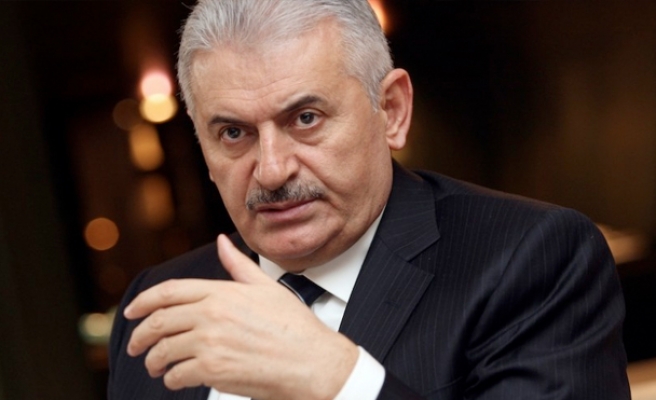 Turkish Prime Minister Binali Yildirim arrived Tuesday in the U.S. to begin a trip that includes high-level meetings amid signs of improving relations between Washington and Ankara.

Yildirim is scheduled to meet U.S. Vice President Mike Pence on Thursday during the four-day visit.

The two men are expected to discuss economic and military ties, as well as unstable situations in Syria and Iraq.

But more contentious issues are also expected be examined, including the refugee crisis on Turkey’s border, a visa row, ISIL, the PKK/PYD terror groups and the Fetullah Terrorist Organization (FETO).

Turkey has requested from the U.S. the extradition of Fetullah Gulen, the head of FETO, who is accused of being behind a deadly failed coup that martyred 250 people.

Ankara has complained of Washington’s slow pace in processing the request since the attempted putsch in July 2016, although a decades-old extradition treaty exists between the two NATO allies.

The two governments have found themselves at odds regarding the fight against ISIL.

Turkey has protested U.S. support for the PKK/PYD, the Syrian offshoot of the PKK, a designated terrorist organization by Turkey and the U.S., while Washington sees it as a “reliable ally” in its fight against ISIL in Syria.

For more than 30 years, the PKK has waged a terror campaign against Turkey leading to the deaths of more than 40,000 security forces and civilians -- including more than 1,200 since July 2015 alone.

Yıldırım was welcomed by Turkish Ambassador to the U.S. Serdar Kilic after landing at Andrews Joint Air Base, 20 miles (32 kilometers) outside the U.S. capital.

He is also scheduled to meet American media representatives Wednesday, as well as Turkish business leaders.

It is Yildirim’s first visit to the U.S. as Turkish premier and he is accompanied by Deputy Prime Minister Mehmet Simsek, Foreign Minister Mevlut Cavusoglu and Energy Minister Berat Albayrak.