'A pass at such a depth, pressure and intensity is an extraordinary engineering marvel,' says Davutoglu 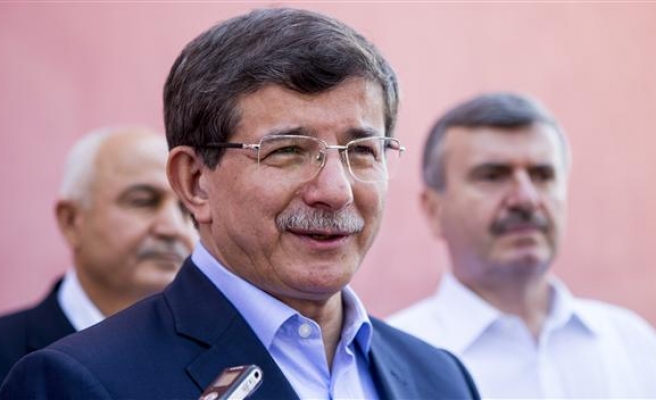 Turkey's Prime Minister Ahmet Davutoglu has hailed Istanbul's Eurasia tunnel and roadway tube pass as an "engineering marvel" during a visit to the site.

Davutoglu said on Saturday that he was proud to be personally visiting the project - the Istanbul Bosphorous Roadway Tube Pass - which was of historical importance not only for Istanbul and Turkey but also for the world.

Davutoglu said during his inspection of the site: "An underwater pass at such a depth, pressure and intensity - to be completed in about four years - is an extraordinary engineering marvel that will not only provide comfort to our fellow citizens of Istanbul, but all travelers from Asia to Europe and from Europe to Asia and humanity."

“The underwater part of the tunnel will be completed in June next year - it is important that the project is trustworthy.”

He added: “This project will make important contributions as regards to Istanbul's natural and environmental security. I am sure it will take its place as a golden signature in the name of the state of the Republic of Turkey.”

The Prime Minister said that the 14.5km pass will be crossed within 15 minutes because of the tunnel.

Davutoglu said further construction of the project will be completed by December 2016 instead of a previously announced date of August 2015.

The Eurasia Groundway sub-sea tunnel is Turkey's second under-sea project in Istanbul after Marmaray which will connect Asia and Europe by a roadway.

The Marmaray undersea railway tunnel opened on the 90th anniversary of the Turkish Republic's foundation on October 29 and about 175,000 people use the increasingly popular tunnel every day, according to Turkish State Railways.

The 13.6-kilometer-long tunnel is 60 meters below the sea and allows travellers to cross from Istanbul's European side to the Asian side in four minutes.

The idea of a railway tunnel underneath the Bosphorus Strait was first introduced by Ottoman Sultan Abdulmedjid in 1860.