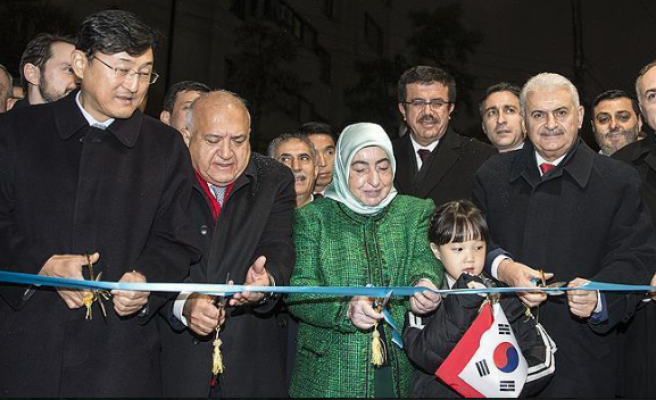 Yildirim was accompanied by his wife, Semiha Yildirim and Kim Seol, the South Korean child actor who plays in the movie Ayla, which is also the Turkish candidate for foreign-language Oscar nominee.

Earlier, Yildirim, who was in South Korean city of Busan as part of an official visit, met with South Korean President Moon Jae-in.

Yildirim later attended a meeting with his South Korean counterpart Lee Nak-yeon, with whom he participated in a joint news conference.

The visit falls on the 60th anniversary of the start of diplomatic relations which were established in 1957 after Turkish troops fought in the Korean War.