"We cannot normalise (relations). First, this cruelty must end," Erdogan said during a speech in the central Turkish city 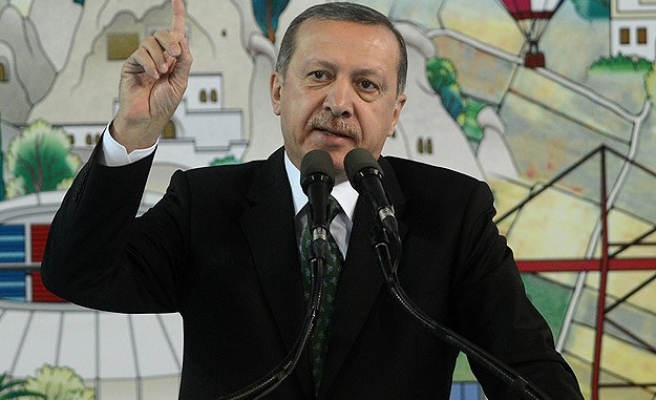 Turkish Prime Minister Tayyip Erdogan said Israeli bombardment of Gaza was blocking efforts to patch up relations undermined by by a 2010 attack by Israeli commandos on a Turkish ship that had been challenging its blockade of the Palestinian territory.

Close Turkish-Israeli relations, which also involved security cooperation and joint military exercises, had been an important part of the United States' regional policy.

"We cannot normalise (relations). First, this cruelty must end," Erdogan said during a speech in the central Turkish city of Yozgat late on Thursday.

"As long as this is not done, it is not possible that a normalisation of the relations between Turkey and Israel be realized," he added, calling for a ceasefire to resume.

Turkey was once Israel's closest regional ally, but ties have soured in recent years, reaching a nadir when Israeli commandos stormed the Mavi Marmara, a vessel taking part in an aid flotilla challenging Israel's naval blockade of the Gaza Strip. Ten people were killed.

The Palestinian embassy in Turkey said Erdogan had "expressed sympathy and concern" in a telephone call on Friday with Palestinian Authority President Mahmoud Abbas, and that the two men would meet in Turkey next week.

It also said Turkey had stated it was ready to provide urgent medical and food aid to Gaza and that preparations for an aid delivery were underway.

At least 98 Palestinians, most of them civilians, have been killed in the Gaza offensive so far.

Efforts to repair relations have intensified in recent months after Israeli Prime Minister Benjamin Netanyahu apologised for the raid and pledged to pay compensation, as part of a U.S.-brokered rapprochement.

Earlier this year Erdogan hinted that the two sides were on the brink of a deal, but progress has been hampered by the decision of a Turkish court in May to seek the arrest of four Israeli military commanders in relation to the killings.

Erdogan, who is running in Turkey's first direct presidential elections next month, has regularly used his vocal defence of Palestinian rights as a campaign platform.