Davutoglu will detail the legal amendments needed to improve labor safety in mining after recent accidents. 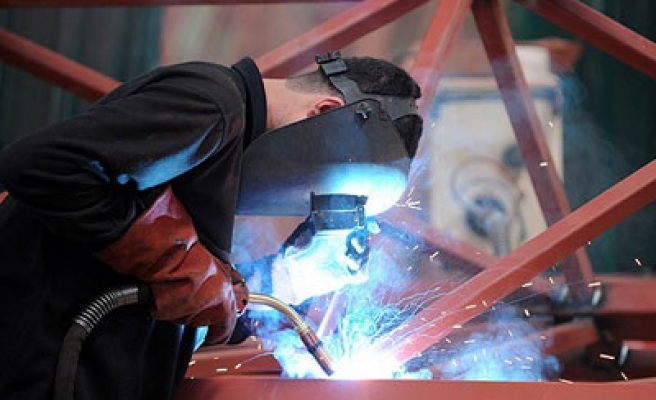 Turkish Prime Minister Ahmet Davutoglu is set to announce on Wednesday the essential amendments to be made to laws on labor safety and mining after the country's recent wave of mine disasters.

On October 28, the flooding of a coal mine trapped 18 workers in the Ermenek district of Turkey’s central Karaman province, about 400 kilometers (250 miles) south of Ankara.

Search and rescue teams found the dead bodies of two of the miners on Thursday.

Following Monday's Council of Ministers' meeting in Ankara, Deputy Prime Minister Bulent Arinc told the press that the Turkish ministers of energy and labor made presentations to the cabinet on the latest ministerial efforts regarding workers' safety and the Turkish mining sector.

Energy Minister Taner Yildiz, Labor and Social Security Minister Faruk Celik as well as Transport, Maritime Affairs and Communications Minister Lutfi Elvan were at the Ermenek mine site in Karaman to monitor the rescue efforts to release the trapped miners until Monday's meeting.

"Our prime minister will make public all the issues on the agenda of Celik and Yildiz in an extensive announcement on Wednesday," Arinc said.

During its meeting last week, the Turkish cabinet also discussed safety in Turkish mines and agreed that new amendments on workers' health and security were necessary to prevent such accidents, eliminate all related risks and maximize work safety.

As Energy Minister Yildiz confirmed, seven people were detained on Saturday as part of an investigation into the Ermenek mine disaster, including executives and engineers of the mine along with one person still being sought by the police.

Rescue efforts were "becoming progressively harder" in the deeper areas of the mine, he said earlier on Friday.

The incident in Karaman mine comes just five-and-a-half months after an explosion at a coal mine in the Soma district of western Manisa province, which caused the worst mine disaster in the country’s history, killing 301 miners.