Trouble flared up outside the Abdi Ikpeci Arena in Istanbul before the match when around 400 Red Star fans arrived but were banned from entering, according to RTS 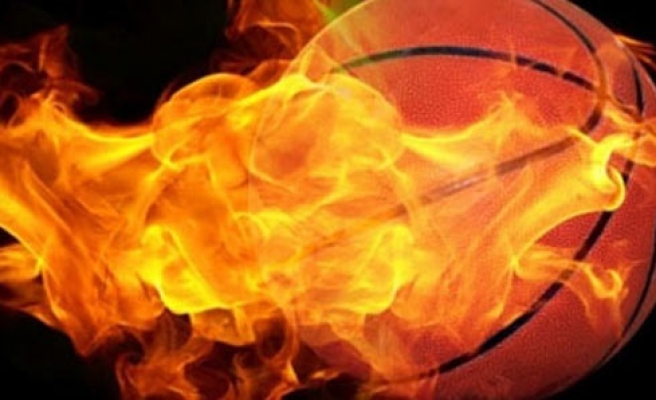 A 25-year old Red Star Belgrade fan was stabbed to death in fan violence before the team's Euroleague basketball match at Galatasaray in Istanbul on Friday, the Serbian consul in the Turkish capital told Serbia's state television (RTS).

"It was an act of hostility and a terrible tragedy ... I am distraught," Zoran Markovic told RTS.

ccording to a statement from the Serbian prime minister’s office, Davutoglu assured Vucic that Turkish authorities would do everything to arrest the perpetrator of the attack and bring him to justice as soon as possible.

Vucic expressed his astonishment over the incident and urged the Turkish premier to find the murderer of the Serbian citizen soon and award him severe punishment.

Marko Ivkovic, 25, was at the Abdi Ipekci Arena in Istanbul to support his Belgrade team Crvena Zvezda-Red Star against the Turkish team Galatasaray LIV in the Turkish Airlines Euro League basketball match on Friday evening.

Ivkovic was stabbed in the chest at around 19:30 p.m. local Turkish time when an argument between rival fans turned violent after Red Star fans allegedly arrived at the venue without tickets for the game, the Istanbul police department’s statement said.

The violence began with rival team fans throwing stones and bottles at each other, the statement added.

Police had made efforts to keep the two sides apart and Red Star supporters were moved away to a side. However, despite the efforts, the young Red Star fan was stabbed, the statement said.

The Serbian basketball team also released a condolence message for the victim.

"We had been warning the Turkish authorities for two days prior to the game that it was going to be a high-risk match and we are now trying to make sure that all Red Star fans leave Turkey safely as soon as possible.

"I also wish to stress that the doctors fought like lions for the young man's life after he was rushed to hospital, the resuscitation attempts lasted five hours but he died because he had lost too much blood."

Trouble flared up outside the Abdi Ikpeci Arena in Istanbul before the match when around 400 Red Star fans arrived but were banned from entering, according to RTS.

Rival fans then clashed before riot police moved in with tear gas to quell the violence, the channel said while adding that Turkish media had reported that Red Star fans demolished several cars and shop windows in the area as they retreated.

News media in the Balkans also featured the story of the attack on the Serbian fan prominently in their papers and websites.

The B92 news site in Serbia said the 400 Red Star fans were attacked three times in Istanbul, first at the gas station, then around the Arena and then in front of the Arena.

The Novosti paper alleged that tickets were not sold to Red Star fans that went to Istanbul to support their team.

On the west side of Balkans, Croatian newspaper Jutarnji said the tragedy in Istanbul overshadowed the match. The report quoted Consul General of Serbia in Istanbul Zoran Markovic as saying "Turkish doctors fought like lions to save the stabbed fan, but despite all efforts, he could not be saved."