About invitation to find common ground on PKK’s disarmament, Turkish PM Davutoglu says, it will pave the way for a democratic policy in Turkey. 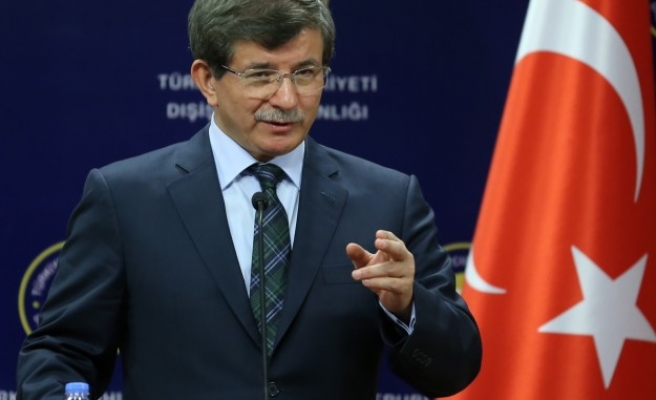 Addressing the ruling Justice and Development Party’s youth congress in the capital Ankara Saturday, Davutoglu said, “The solution process, which began with President Erdogan's speech in Diyarbakır in 2005, has now taken a new shape."

The solution process was officially launched in 2013 to end the decades-old conflict with the Kurdistan Workers' Party, or the PKK, in Turkey's eastern and south-eastern regions.

Sirri Sureyya Onder, Deputy of Peoples' Democracy Party, or the HDP, earlier in the day announced that PKK had been invited (by imprisoned PKK leader Abdullah Ocalan) to hold congress in spring this year to make the historic decision of finding common ground on the issue of laying down arms.

"The invitation is a historic declaration of intention to resolve the issue through democratic means instead of an armed struggle," Onder said.

About the invitation, Davutoglu said it would pave the way for a democratic policy in Turkey.

HDP’s Onder said his party’s support for the solution process was based on 10 “basic principles” that would constitute the backbone of a true democracy, including legal and democratic guarantee of free citizenship, the defining criteria of a democratic republic, in concept of common homeland and common nation and needs, to be determined in a pluralistic democratic system with constitutional and legal guarantees and a new constitution that aims to adopt all democratic moves and transformations.

Onder also said that the PKK had been invited (by Ocalan) to hold a congress in spring this year to make the historic decision to find common ground on the issue of laying down arms.

"The invitation is a historic declaration of intention to resolve the issue through democratic means instead of an armed struggle," he said.

He said that their main target was to democratically and permanently resolve the 30-year conflict.

"We call on all pro-democracy fronts and peace supporters to back the democratic debate about the solution process in Turkey," he added.

Selahattin Demirtas, co-chairman of HDP, also welcomed the decision to find common ground on the issue of laying down arms.

"I hope that the decision will be beneficial for all people living in Turkey," Demirtas said.

He called on all stakeholders to do their part to conclude the solution process peacefully. "The congress to discuss the issue of laying down arms will be held when the mentioned 10 principles are fulfilled,” he said.