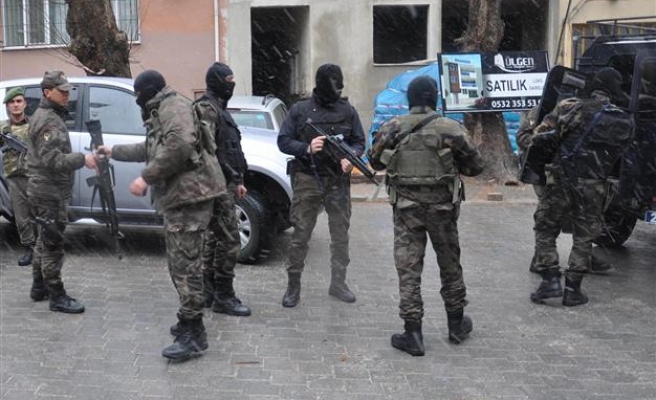 At least 47 people have been detained in anti-terror operations across Turkey on Wednesday.

Anti-terror police raided number of properties in 16 districts of Istanbul including Beyoglu, Fatih and Avcilar, looking for alleged members of the PKK terrorist organization.

Police detained at least 20 people, including a number of lawyers.

In southeastern Kahramanmaras province, police detained 17 people including number of students in anti-terror operation against the PKK and its youth wing.

Turkish police detained at least 79 people on Monday following a car bomb attack in the capital Ankara which killed 37 people on Sunday.

Hatice Aslan and Sait Ayci, provincial co-chairs of the opposition Peoples’ Democracy Party, or HDP, were among the detainees, police said.