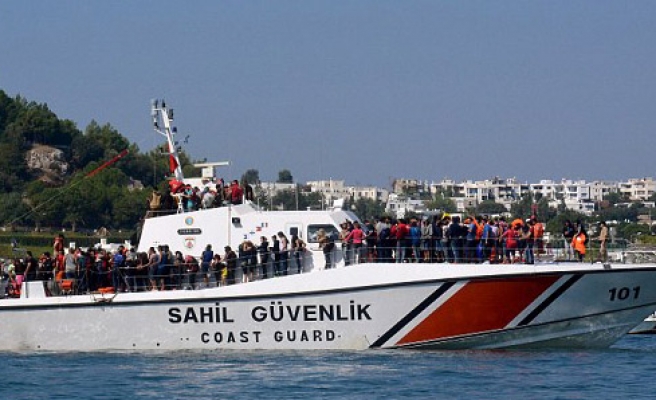 Over 650 illegal migrants have been detained in the past 10 days in Turkey's western Balikesir and Aydin provinces as they were preparing to illegally make their way to neighboring countries.

Police detained at least 624 individuals in Balikesir in an ongoing operation against human smuggling, a written statement from Balikesir Governor's office said.

The illegal migrants were mostly from Syria, Afghanistan, Iraq and Algeria.

In Aydin's resort town of Kusadasi, at least 35 illegal migrants were detained, police said. They were reported to be trying to illegally reach neighboring Greek islands.

Twenty-three were from Pakistan while the rest were from Afghanistan, police said.

Turkey’s five Aegean provinces - Canakkale, Balikesir, Izmir, Mugla and Aydin - are prime spots for refugees leaving Turkey for the EU, with Greek islands lying within sight of the Turkish coast.

Over the past year, hundreds of thousands have made short but perilous journeys across the Aegean in a bid to reach northern and western Europe in search for a better life.

Hundreds of people have died at sea as a number of boats carrying refugees sank or capsized. The Turkish Coast Guard has rescued thousands of others.