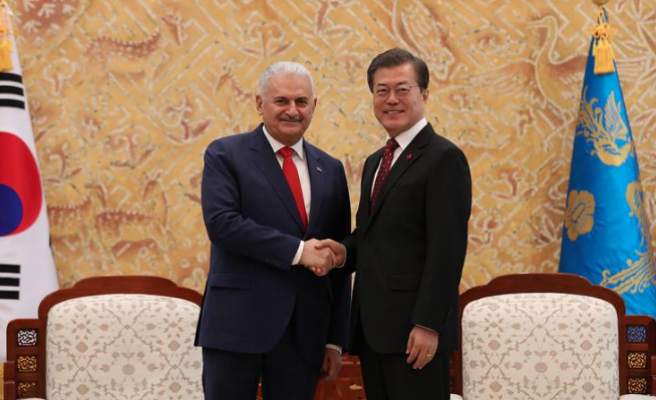 The one-hour meeting, held at the Blue House on Yildirim’s last day of his two-day official visit, was closed to the media.

Yildirim will also attend the inauguration of the Turkish embassy’s building in Seoul and meet with Turkish citizens of South Korea.