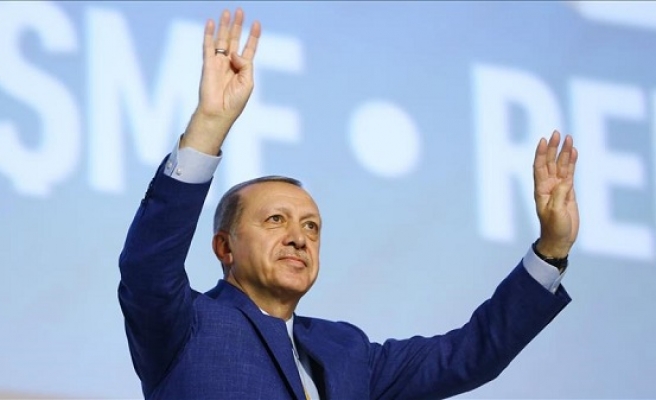 The plaudits came during a morning session of the 4th International Symposium on Ombudsman Institutions, with officials from Bangladesh, Malaysia, Indonesia, Romania, Sudan, and the island nation of Mauritius taking part.

When the participants were discussing Myanmar and praising the efforts of the president and first lady Emine Erdogan to help the country’s persecuted Rohingya Muslims, an official from Mauritius called for the president to be nominated for the Nobel Peace Prize.

The proposal cited Erdogan’s fight against the unjust world order, as well as his contributions to mankind and providing a voice for suffering people.

While there was no vote on the proposal, the participants were in agreement that he deserved a nomination.

The call came one week before the announcement of the 2017 Nobel prizes, with the winner of the peace prize to be announced on Oct. 6.

According to the Norwegian Nobel Committee, the peace prize nomination process start in September each year, and the committee is responsible for selecting the candidates.

The names of the nominees cannot be revealed until 50 years later.

Since Aug. 25, more than 421,000 Rohingya have crossed from Myanmar's western state of Rakhine into Bangladesh, according to the UN.

Turkey has been at the forefront of providing aid to Rohingya refugees, and President Erdogan highlighted the issue at this year's UN General Assembly.

Last year Colombian President Juan Mauel Santos was awarded the peace prize “for his resolute efforts to bring the country's more than 50-year-long civil war to an end," according to Nobel’s official website.