Recep Tayyip Erdogan congratulates Azerbaijan, which gained its independence 26 years ago on Wednesday 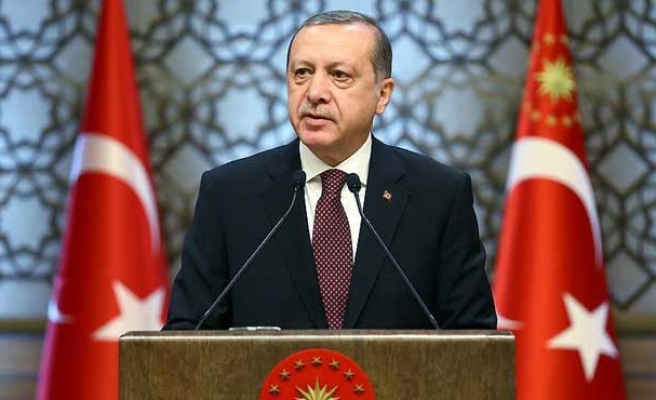 “I celebrate Oct. 18, the Independence Day of Azerbaijan, and I send my greetings and love to my Azerbaijani brothers in the name of the Turkish people,” Erdogan wrote on his Twitter account.

Erdogan wrote his message in both Turkish and Azerbaijani.

Azerbaijan, which gained its independence from the U.S.S.R. 26 years ago, celebrates its Independence Day on Oct. 18.

Azerbaijan was first established in 1918, but existed for less than two years before falling to Soviet occupation.