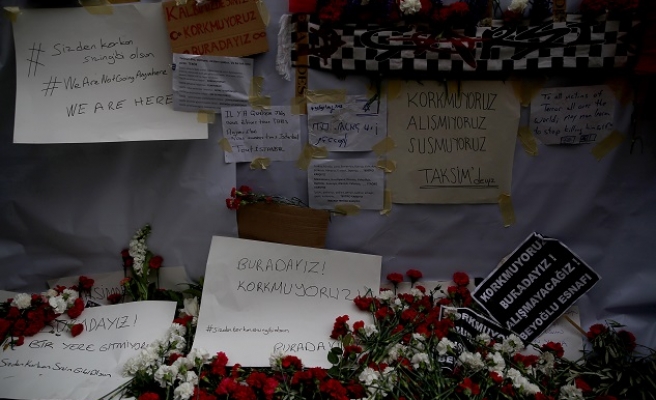 Turkish President Recep Tayyip Erdogan has offered his condolences to Iranian President Hassan Rouhani and Israeli President Reuven Rivlin over the deaths of Israeli and Iranian citizens in Saturday’s suicide blast in Istanbul.

In his condolence message to Rivlin Sunday, Erdogan said he was sad to learn about the deaths of three Israeli citizens and injury to 10 others in the Istanbul attack.

“I offer my deepest condolences to the Israeli nation and the families of Israeli citizens who lost their lives in this treacherous terror attack while they were in Istanbul to visit our country and know our culture closely. I also wish the injured a speedy recovery,” the Turkish president said.

In his condolence message to Rouhani Sunday, Erdogan said he was deeply grieved over the death of an Iranian citizen and injuries to three others.

“I wish God’s mercy on your deceased citizen who lost his life during this abominable attack and offer my sincerest condolences on behalf of my nation and myself to friendly Iranian nation, and primarily to his family and relatives; I wish the injured a speedy recovery,” the president added.

The blast in Istanbul on Saturday killed five people, including the suicide bomber, and injured 39 others. Out of the total injured, 24 were foreigners, Istanbul Governor Vasip Sahin said.