Turkish president says no ransom paid to ISIL for hostages

Turkey could not have immediately said ‘yes’ to international calls for a coalition to fight ISIL while 49 Turkish citizens were hostages, says President Erdogan 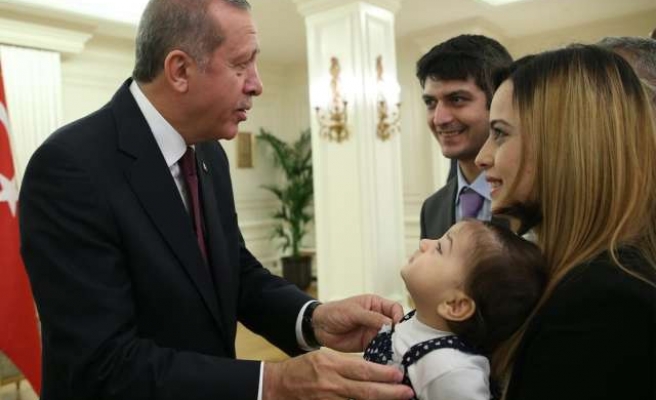 President Tayyip Erdogan said on Sunday no ransom was paid for the release of Turkish hostages held by ISIL in Iraq and that it was the result of diplomatic and political negotiation.

Turkish intelligence agents brought 46 hostages seized by ISIL militants in northern Iraq back to Turkey on Saturday after more than three months in captivity, in what Erdogan described as a covert rescue operation.

"A material negotiation is totally out of the question ... This is a diplomatic success," he said before leaving for the U.N. General Assembly.

Security sources told Reuters on Saturday the hostages had been released overnight in the town of Tel Abyad on the Syrian side of the border with Turkey after being transferred from the eastern Syrian city of Raqqa, ISIL's stronghold. Officials declined to give details of the rescue operation.

The hostages, including Turkey's consul-general, diplomats' children and special forces soldiers, were seized from the Turkish consulate in Mosul on June 11 during a lightning advance by the Sunni insurgents.

Erdogan also said he had discussed a buffer zone on the Syrian border with U.S. President Barack Obama and NATO allies at the NATO summit earlier this month.

Erdogan has said a now-resolved hostage situation in Iraq was one reason for Turkey not joining the international coalition against the ISIL.

Meeting the rescued Mosul consulate staff including Consul General Ozturk Yilmaz in Cankaya presidential palace on Sunday, Erdogan said: “We could have given an immediate favorable response to the international coalition demands. Global powers were all united. But we could not have said that, because we had our 49 lives (held hostage).”

“Some politicians and media institutions, domestic or foreign, acted irresponsibly, not at all caring for the sensitivity of the situation. We preferred silence for the security of our staff,” said Erdogan.

Referring to claims that Turkey bargained with the group to rescue the hostages, the president said, “A financial bargain with the ISIL is totally out of question. But if the owners of those claims mention a political, diplomatic bargain, yes it is true.”

“This is a diplomatic victory.”

Erdogan said that a meeting with the U.S. Vice President Joe Biden is possible on the sidelines of the U.N. meeting.

Turkey refrained from signing a treaty in Saudi Arabia on September 11 aiming to gather states for a coordinated campaign with a military dimension against ISIL.