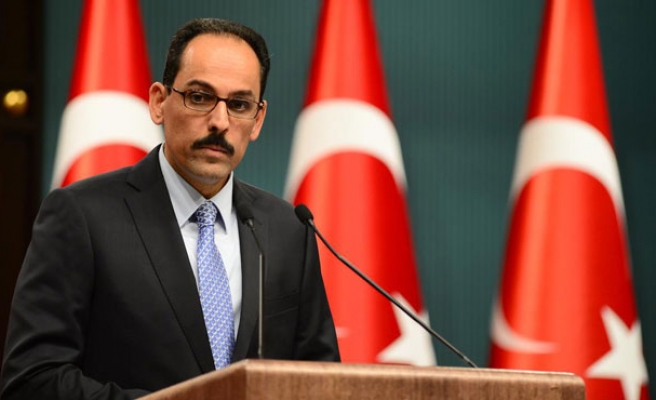 Turkey’s presidency on Saturday warned northern Iraq's Kurdish Regional Government (KRG) against its independence referendum planned for Monday, saying, "Serious consequences will ensue if the referendum is not cancelled."

In a series of posts made on his official Twitter account, presidential spokesman Ibrahim Kalin said: "Following the National Security Council and Cabinet meetings chaired by the president yesterday, it is beneficial to remember that Turkey has always been there for the Iraqi Kurds."

"Serious consequences will emerge if the referendum is not cancelled. Erbil must refrain from making a serious mistake that would trigger a new crisis in the region." Kalin added.

The non-binding referendum asks Iraqis in areas controlled by northern Iraq’s semi-autonomous Kurdish Regional Government (KRG) -- and in a handful of territories disputed between the KRG and Baghdad -- whether to declare full independence from Iraq.

Masoud Barzani, the KRG’s leader, has said a Yes vote would not result in an automatic declaration of independence but would simply lead to further negotiations with Baghdad.