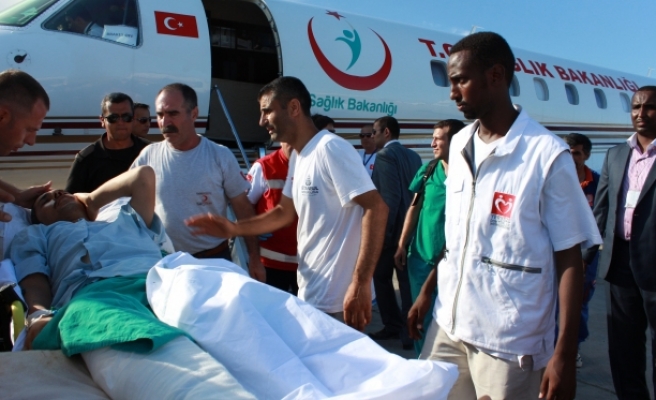 In a statement released Monday, the aid agency said their team was in Mogadishu delivering food, blankets, tents as well as medical supplies provided by the Turkish Ministry of Health.

The agency's team was also participating in operations to bring the injured blast victims to Turkey for medical treatment, the statement added.

Turkish Red Crescent head Kerem Kinik condemned the bomb attack and wished Allah’s mercy upon those who lost their lives and a speedy recovery to the wounded.

Earlier in the day, Turkish Health Minister Ahmet Demircan arrived in capital Mogadishu to speed up Turkey’s support operations for the injured.

Demircan is accompanied by a delegation of 33 people, including a medical team specializing in emergency services, according to the Turkish embassy.

The death toll from Saturday's suicide truck bombing in Mogadishu has climbed to 276 dead and more than 300 others injured, Somalia's Minister of Information Abdirahman Omar Osman said late Sunday.