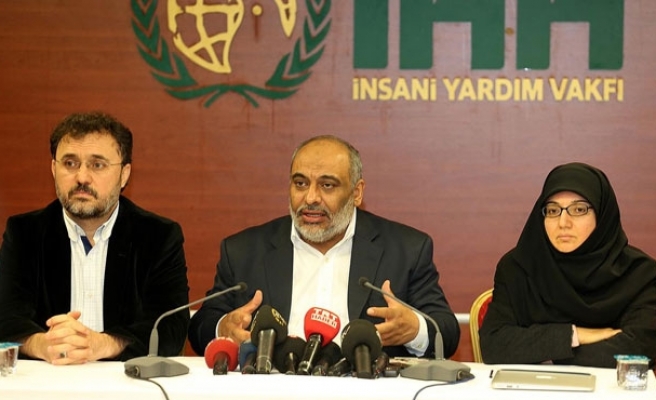 The Istanbul-based Humanitarian Relief Foundation on Tuesday called on all the political parties, non-governmental organizations and opinion leaders in Turkey to get involved in the “solution process.”

At a press conference in Istanbul, Bulent Yildirim, president of the foundation said, “The Kurdish issue is not only an issue for Kurds, but also the issue of all Turkey and the entire region.”

Yildirim suggested: “We should always keep our seats at the negotiating table; people's expectations should be considered, and the state should give back all the rights which were seized earlier.”

Last week, at a press conference, Turkish President Recep Tayyip Erdogan said that the laying down of arms by the PKK was the country's ideal scenario, and added that officials have been monitoring the steps to be taken for the disarmament of the outlawed party.

There are an estimated 30-35 million Kurds in the world, spread largely over adjacent areas of Turkey, Syria, Iraq and Iran. Eighteen percent of Turkey's more than 80 million people are Kurds. They are concentrated largely in the southeast of the country.

“Other political parties like the Nationalist Movement Party should definitely get involved in the solution process. If we want peace, the rights of all the representatives of Kurdish people should be protected, and policy based on ethnic and sectarian divisions should be abandoned,” he said.

The solution process, which aims to secure an end to the decades-long conflict with the PKK, a conflict which has claimed the lives of more than 40,000 people -- was interrupted after illegal demonstrations erupted in early October across Turkey as a sign of solidarity with Syria's besieged Kurdish populated town of Kobani.

The PKK is considered as a terrorist organization by Turkey, EU and the USA.