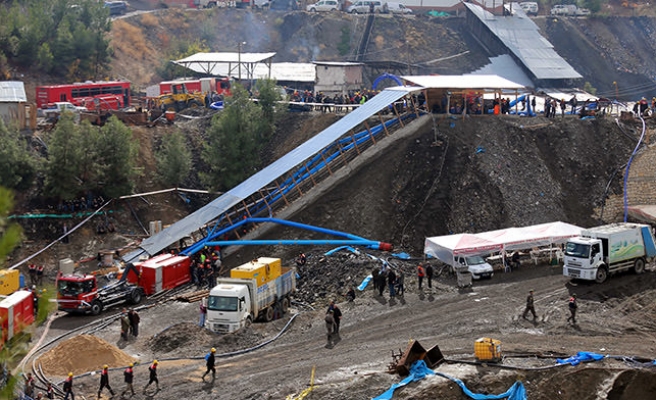 Search and rescue teams have recovered Tuesday the bodies of six of the 14 workers still trapped in a flooded mine in the central Karaman province, according to the Turkish disaster management agency.

It was reported that the search and rescue efforts to recover the trapped 8 others were still ongoing, said the Turkish Disaster and Emergency Authority, or AFAD.

There were 34 workers inside the mine located some 400 kilometers south of the capital, Ankara, in Karaman’s Ermenek district, when a water pipe exploded and caused the flood on Oct. 28. A total of 18 were said to be trapped in the mine.

Search and rescue teams recovered the bodies of two more miners Monday, as a result of intense search and rescue efforts through slime, created by the necessary draining of the water from inside the mine.

On Nov. 7, the bodies of two miners were found after 11 days of intense search and rescue efforts through slime created because of the necessary draining of the water from inside the mine.

Non-stop efforts have been underway round-the-clock to save the trapped miners since the incident occurred.