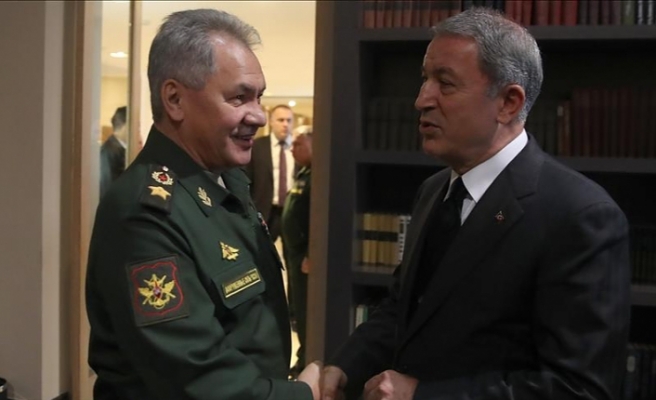 Turkish and Russian defense ministers discussed latest situation in Syria's norhwestern Idlib and Tal Rifaat in a phone conversation on Saturday, according to Turkish official sources.

The sources who spoke on condition of anonymity said Hulusi Akar and Sergei Shoigu discussed regional security issues in framework of Sochi agreement.

In the conversation, technical and tactical measures to be taken in the field were specified, the sources said.

Akar and Shoigu also confirmed their consensus about joint work on ensuring and maintaining peace and security in Idlib and Tal Rifaat, the sources added.

After a Sept. 17 meeting in Sochi between Turkish President Recep Tayyip Erdogan and his Russian counterpart Vladimir Putin, the two sides agreed to set up a demilitarized zone -- in which acts of aggression are expressly prohibited -- in Syria’s Idlib province.